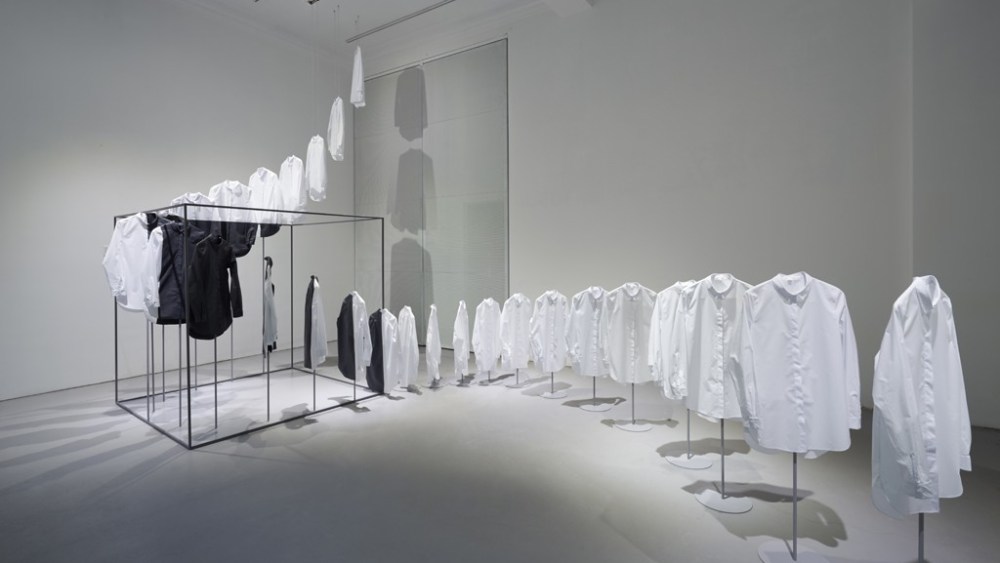 MILAN — Tuesday was a busy night for Milan’s design crowd, with a deluge of cocktail parties and presentations around the city.

At Sephora’s concept store inside the newly renovated Brian & Barry Building by San Babila, fashion designer Stella Jean’s capsule home collection made its debut. Called “A Métissage Experience,” the line, comprising six brightly colored padded armchairs, explicitly referenced Jean’s Haitian and Italian roots. The pieces will retail for 1,800 euros, or about $2,485 at current exchange, and up, and will soon be available on the Distretto Italia Interiors Web site. A full Stella Jean home collection is in the early stages of development.

Jean said the capsule followed a recurrent multicultural theme found in her fashion collections, channeling “a crossing of cultures, but not only… also of time periods, a crossing of generations” with influences from the Forties, Art Deco and 19th-century Italy.

“We are facing a new period in which cultures are crossing more,” said Jean.

Across the street on Via Durini, Fendi Home was presenting a line devised in collaboration with French architect and decorator Thierry Lemaire, who described the pieces as “a mix of Forties vintage and contemporary” in style, with standout pieces including a Star Table in Macassar ebony with glossy brass.

Lemaire said he was looking forward to exploring Milan’s many design week exhibits. “I’d never been before — it’s my first time,” he explained.

Hermès hosted a cocktail presentation inside the neoclassical Palazzo Serbelloni, where Champagne-swilling guests checked out assorted lamps by Michele de Lucchi and lanterns by Yann Kersalé, among other furnishings.

“Each year we’ve added a piece, and this year is really the final touch with lighting,” she said, noting the lamps’ LEDs were developed to be especially “avant-garde” and warm in color. “There is a lot of poetry and grace in these objects,” she added.

Meanwhile in Brera, Etro hosted a cocktail party to mark the opening of its first Etro Home flagship store on Via Pontaccio.

“We opened this store to give visibility to our products and also because, developing a furniture collection, we felt more comfortable in presenting our line, giving an idea of Etro’s lifestyle at the same time,” said Jacopo Etro, global communications vice president and creative director of the Etro Accessories and Leather, Home and Textile collections.

“Working on this project, I found out that we have so many things in common with COS — a taste for simplicity, for the tactile, and attention to details,” said Sato, who created an installation focused on the fashion label’s iconic clean cotton shirts.

The space hosting his work also sells a range of Nendo pieces, including cups and small objects, which are also available online at cos.com. “I’m presenting in about 20 different places during this Milan Design Week,” said Sato, who revealed he is working on the development of the Japanese pavilion for next year’s world Expo in Milan, and collaborating with a number of fashion companies, including Tod’s, Theory and Camper.

Department store La Rinascente presented an unusual collaboration with London’s Serpentine Galleries and Martino Gamper, who created the “In a State of Repair” installation. Throughout the week at eight workstations in front of the store windows in Piazza Duomo, eight artisans will repair visitors’ miscellaneous leather goods, shoes, books, toys, tech devices, clothes, chair and bicycles for free.

“As well as celebrating skills that are sadly hidden from view, I hope this installation encourages people to keep their belongings rather than discard them, to improve what they buy rather than throw it away,” Gamper said. “Ultimately, the aim is that people will appreciate the transformation of their object through the process of repair. So, please bring us your broken things and watch them being repaired in front of your eyes.”