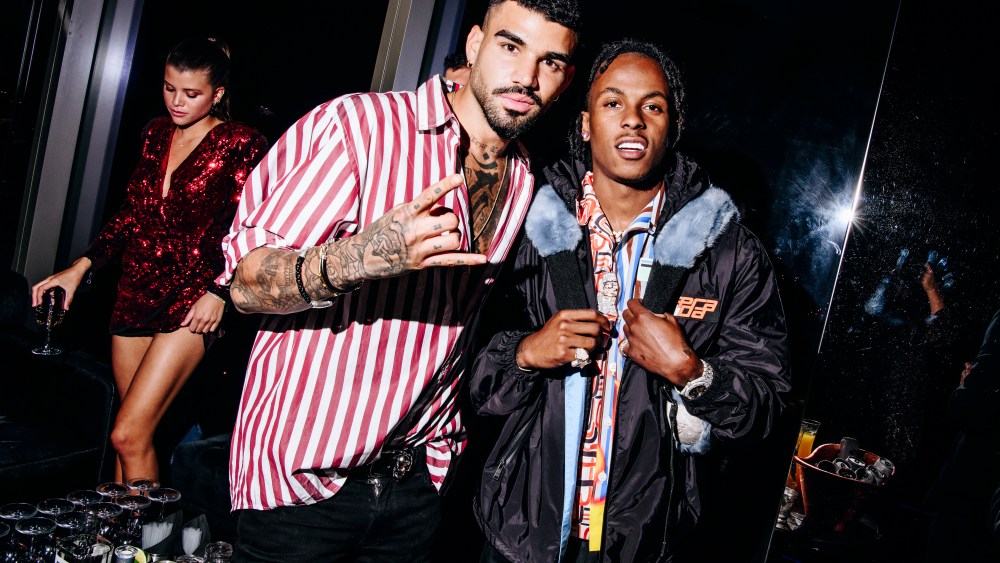 On Monday night, Miles Richie hosted his first New York Fashion Week party on the rooftop at the Public Hotel with Wilhelmina Models. Richie is the agency’s latest addition, and he’s hyped.

“I walk into the offices and…Wilhelmina is just the best energy,” said Richie from his guarded VIP table at the event. “That’s why I get along with them so well: they understand me and the vibe that I want to put out there in the world, and what I’d like to get involved in,” he added of his new agency. “I’ve only been with them for a couple of weeks now, and I already have so many things coming up, and [with] all of these brands I’ve always wanted to work with.”

First up is a campaign with MCM, which was produced by Wilhelmina Studio. “I love the team over there, so that should be really fun. I’m actually doing that [campaign] with my sister [Sofia Richie] — it’s going to be the first time we’ll have done something together, so I’m really amped on that,” he said.

The 24-year-old also has his eyes set on future collaborations: brands, take note.

“I want to be a dabbler in everything, but definitely I would like to be in designing, which starts, I think, with me making some small collabs, because I’ve never done it before, so I want to get hands-on with it,” he said. “I love silk, silk’s my favorite thing. I’d love to make silk hoodies and stuff like that. The future is looking bright.”

Richie has enmeshed himself with the New York Fashion Week scene this season, and has a few more show appearances on his schedule before flying back to Los Angeles. His week’s highlights so far?

“The LaQuan Smith show was basically like a party, it was pretty awesome. The Jeremy Scott show and after party were so much fun, because I got to see my god-sister Paris [Jackson], which is so nice. I hadn’t seen her in so long, so that was a nice family reunion.” (Oh, and the pizza — “Since I’ve been in New York, I’ve been eating pizza every day,” he said.)

The Wilhelmina party also turned into a mini family reunion — his sister, Sofia, stopped by to toast her brother.

“He’s a tough guy. The guy downstairs, he was even harder,” Miles told her. “Thanks for showing up. I love you.”