Helen Mirren and Georgina Chapman were also among the honorees at Variety's 2016 Power of Women lunch. 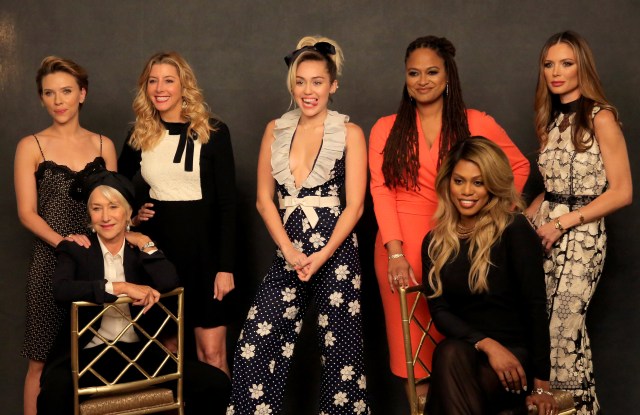 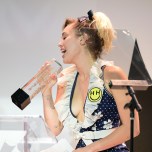 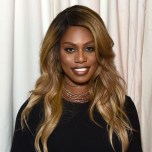 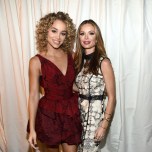 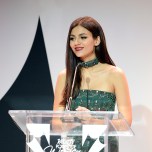 As Miley Cyrus, Helen Mirren, Scarlett Johansson and Laverne Cox were honored for their philanthropic efforts at Variety’s Power of Women luncheon, talk inevitably turned political as the stars walked the white carpet at the Beverly Wilshire hotel on Friday afternoon.

Johansson spoke of her support for Planned Parenthood, saying, “We need to keep having these conversations because what is a very personal choice has, unfortunately, become a political choice. I think when something is suddenly thrust on a ballot where it doesn’t belong, it’s important for us to stand up and protect what is legally ours.”

Cox advocated for the National Coalition of Anti-Violence Programs. “I understand that it is still a big deal that a transgender woman is honored alongside other women,” she said. “There are far too many narratives out there that suggest that trans women are not really women and those narratives often lead to violence against us.” She added, “I think we’re seeing a lot of that in our current election — the way hate can permeate and how language can lead to physical violence.”

While Mirren was recognized for her work with The Stuttering Association for the Young, she couldn’t help but touch upon her experience as a Hollywood veteran. “I think there’s less and less misogyny,” she said, comparing things to when she first began working. “There’s a great consciousness specifically in Hollywood about those issues, in spite of what we’ve seen with the ‘Access Hollywood’ tape.”

Other honorees included Spanx’s Sara Blakely, Sir Lucian Grainge and Georgina Chapman, the latter of whom received the Moroccanoil Inspiration to Action Award for her work with children’s charity Magic Bus. “It was important for me to give back to the Indian communities that have helped me build my brand and to be able to feel as though there’s some payback there,” the Marchesa designer said.

The afternoon’s emcee Rachel Bloom helped keep things light, though she said beforehand that she wasn’t sure how some of her material would go over. “Some jokes might be considered blue, so hopefully I don’t get booed off the stage,” she laughed.

Cyrus, who was recognized for her Happy Hippie charity benefiting homeless and LGBTQ youth, closed the afternoon (by now it was nearly 4 p.m.) by pretending to sing into her award as The Turtles’ “Happy Together” played. “I brought these stickers,” she said, throwing smiley faces into the crowd, as beau Liam Hemsworth looked on. Afterward she said, “It’s like being at a strip club, but not as fun.” From there, things got serious.

“Standing here with so much attention on Happy Hippie and our ambition to break the cycle and the stigma came with a lot of ideas about the responsibility that comes with power,” she said before pausing. “Maybe it’s because of the villainous vibes that surround power and the poor examples of how too many leaders abuse it. Yes, that’s for Donald Trump.”

The singer urged the crowd to be more accepting. “I want to send love out to the universe because we desperately need it. Hate and war has gone on way too long.”