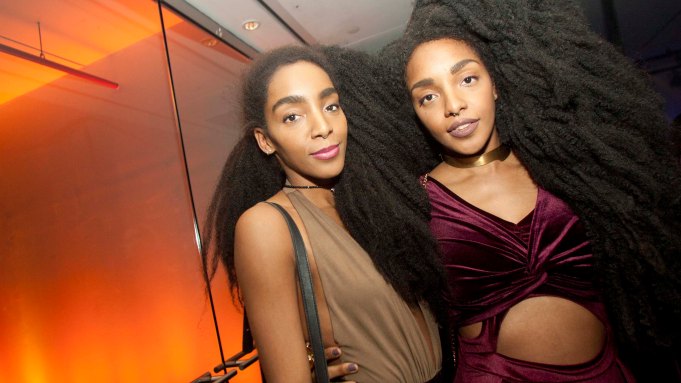 The invite said “rager,” and what else would you expect from a party thrown by Milk Studios in honor of their new makeup line? Long before doors opened at 9 p.m., throngs of club kids crowded the entrance. By the looks of it, they were all trying to gain passage by outdressing each other — here was a man in a tribal headdress, and there a woman in a voluminous red feathered dress who turned out to be party host Jaden Smith’s girlfriend. And it’s not even fashion week yet.

Once inside, a few VIPs — Zoë Kravitz, Jacquelyn Jablonski, Chelsea Leyland and the husband-wife team behind Milk Makeup Mazdack and Zanna Roberts Rassi — danced to performances by Santigold and Salt-N-Pepa. Jaden was nowhere to be found, but there was Mukunda Angulo, the third-youngest brother from “The Wolfpack” documentary, and perhaps fashion’s latest darling. (A recent New York Times article noted that he’s now a freelance production assistant.) In case the hipster vibe wasn’t yet convincing enough, the bar served Pabst Blue Ribbon beers.

An earlier dinner for beauty editors introduced the makeup line itself. Though the products are paraban-free, mostly vegan and eco-conscious, this is no crunchy-granola venture. Bold lip markers and eye pigments veer decidedly away from the natural beauty trends of late, and hydrating oils, duo concealers and face mists are meant to be versatile and applied on-the-go. One good example of that philosophy? The brand’s blotting papers also double as rolling papers.