Missoni Celebrates Release of New Book at The Flamingo Estate in L.A.

“In Los Angeles, I find the best Missoni vintage from the Seventies, even end of the Sixties,” said Angela Missoni. “I always felt that there is something about Missoni rooted in L.A.”

The creative director and president of the family-owned Italian brand was in town on Saturday night to celebrate the launch of “Missoni: The Great Italian Fashion,” published by Rizzoli and written by Massimiliano Capella, a professor of costume and fashion history at Italy’s University of Bergamo. The publication is the first of its kind, created with complete access to the company’s rich archives.

“The right time has been since a long time, because we don’t have a book on Missoni,” she said of the timing for the release, out this month. “It happens that we were offered to do this book. I’m happy that finally there is a Missoni publication.”

Her brother Luca edited the volume, which is a look inside the world of Missoni and features original fabrics, drawings, images, patterns and color palettes that the brand is known for. The siblings and their brother, the late Vittorio Missoni, took over operations for the label in the late Nineties after it was handed down by parents Rosita and Ottavio, who founded the knitwear business in 1953.

“Everything [that] is there is already in my memories, the memory of all my life with my parents,” shared Angela. “I witnessed everything. I was always around. I remember, personally, shows since I was five years old. I remember the details of the clothing, the makeup, the hair, everything. That is my fortune in doing my job. My past, my thoughts, my archives are always in my mind.” 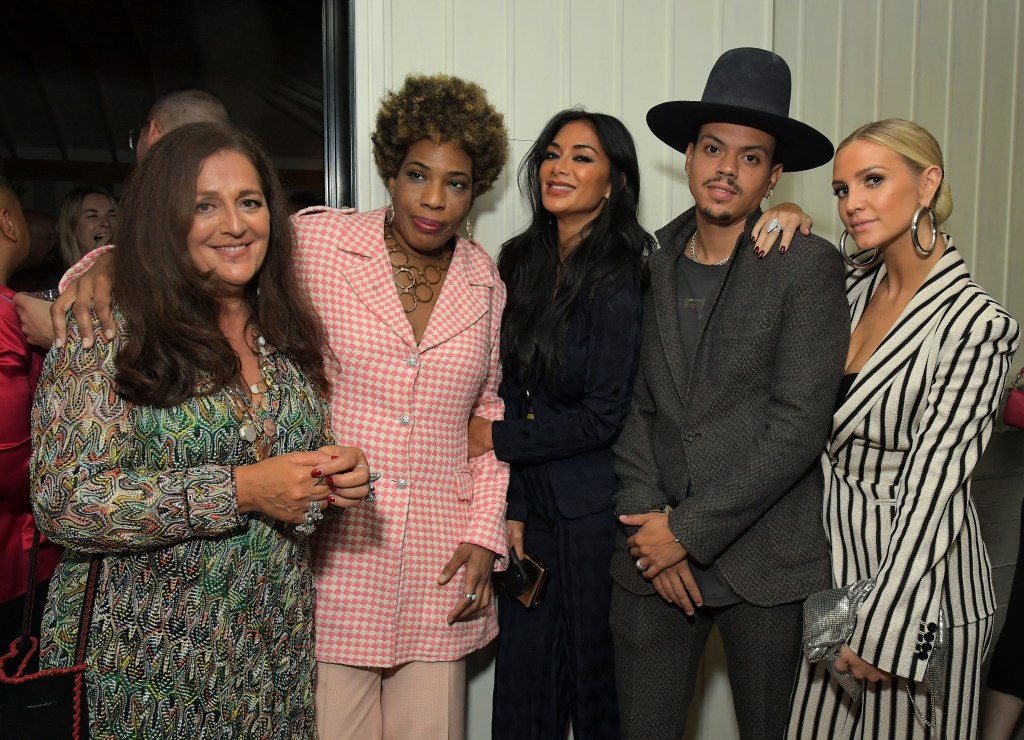 Earlier in the evening, Angela and Luca hosted a signing for fans who were able to buy the $175 book inside Owl Bureau, the Highland Park bookshop owned by Richard Christiansen that opened earlier this year. Now, they were a little over two miles away in Eagle Rock, where Christiansen — a “friend of a friend” who’s also founder and creative director of New York City-based agency Chandelier Creative — opened his home for an after party.

“It’s a very good vibe and energy happening in the area,” Angela said of L.A.’s east side. “This, here, is unique,” she added of the property, known as the Flamingo Estate. “It’s just a very special place.”

Sitting on seven acres, Christiansen transformed the once run-down space into a stunning property designed by architects Karl Fournier and Olivier Marty of Paris-based Studio KO. Featuring a Moroccan-inspired aesthetic throughout, the duo were heavily influenced by Yves Saint Laurent and Pierre Bergé’s Majorelle Garden in Marrakech.

Outside, the house has a rich and blooming garden of fruit trees and cacti. There are Moroccan tiles, a pool, fountain, “bathing cathedral” — a hammam of sorts with high ceilings that features a fireplace and concrete bathtub — and a wide, steep, about 70-step brick staircase leading to the lower gardens, a beehive and hippie-like shed.

The interior is just as striking. Filled with art, it’s stylish yet cozy; David Hockney’s “Caribbean Tea Time” (1987) can be seen on display in the living room, while another room — with a mirrored ceiling, red carpet, blue walls and leopard-print couch — showcases Andy Warhol’s “Jane Fonda” (1982). 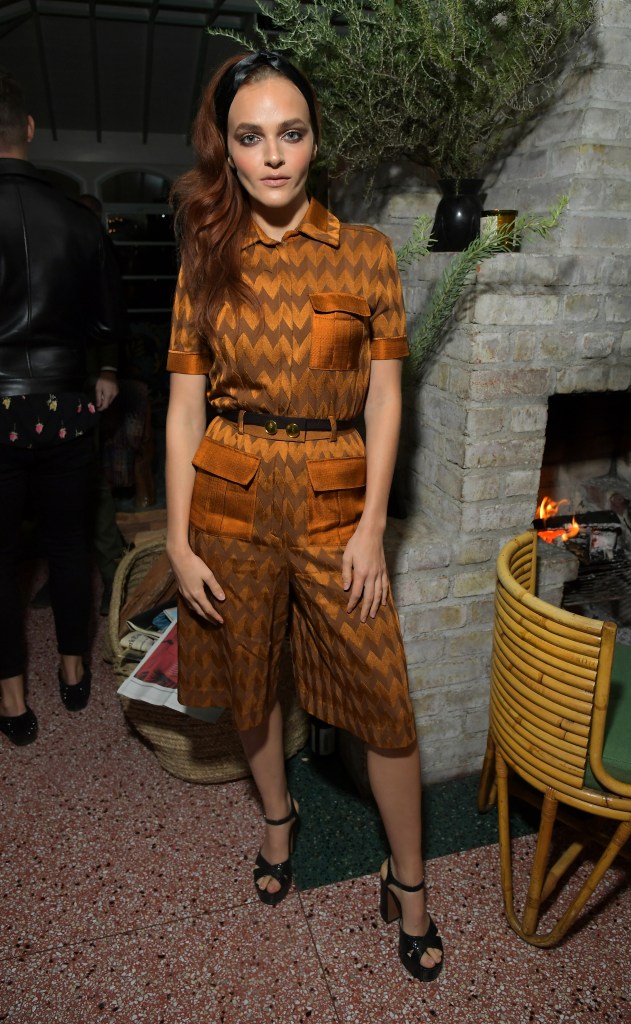 “It was a big center of design, photography and film,” he said of the house. “So, we are kind of bringing that back again, which is nice….We do something like this every two weeks. Music is once a month, and then we normally try to celebrate either a photographer or a fashion designer or an architect who’s got a book or project. We often do an event at the Owl, and then a dinner or party up here.

“When I found out that Quincy was collaborating with Missoni and that the book was coming out, I was like, ‘Oh my god, we have to celebrate together,’” he continued of music mogul Quincy Jones, a longtime friend of the Missoni family and a cohost of the party.

“It’s such a good time to be in Los Angeles,” Christiansen said following the performance. “There’s so much going on here and just getting people to meet each other is great. There’s 300 people [here]. Nights like this, I met an art director, photographer, writer.…I love it.”