Hailey Gates, Alia Shawkat and Miley Cyrus attended the 17th edition of the short film series that puts the spotlight on female directors. 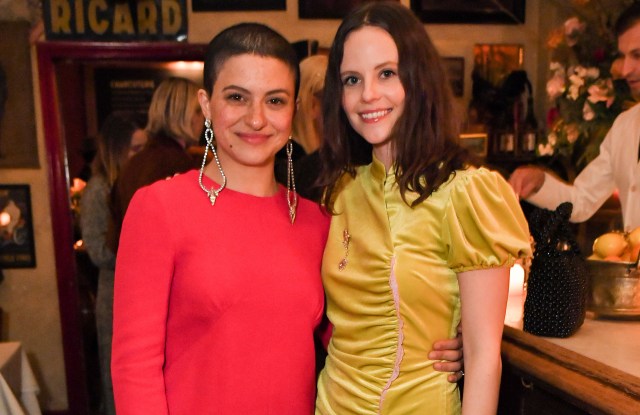 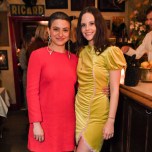 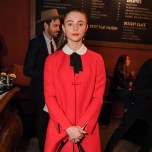 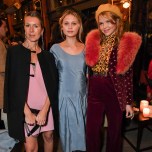 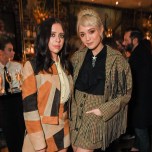 Representation in front of and behind the camera may be Hollywood’s cause célèbre this awards season, but Miu Miu has been giving opportunities to female filmmakers since 2011. The brand’s “Women’s Tales” short film series has over the years showcased lots of emerging international directing talent, the U.S.’s Ava DuVernay (“A Wrinkle In Time”), Japan’s Naomi Kawase (“Embracing”) and Saudi Arabia’s Haifaa al-Mansour (“Mary Shelley”) among them.

On Friday night at the historic Vista Theatre in Los Angeles, the brand premiered its latest installment, “Shako Mako,” the 17th in the series, directed by Hailey Gates, best known for hosting the Viceland series “States of Undress.”

A who’s who of young Hollywood (those who weren’t at Sundance, at least), came out for the screening at the 1923 Los Feliz landmark theater, complete with branded popcorn and snacks, including Miley Cyrus, Rowan Blanchard, Amandla Stenberg, Rainey Qualley, Mamie Gummer, Sydney Sweeney and more.

The short film, which stars Alia Shawkat (“Arrested Development”) as a wannabe actress, takes on the theme of the Hollywood-zation of war. Set in a mock Iraqi village constructed for training purposes on a Santa Clarita military base, it centers around a cast of Miu Miu-clad Hollywood actors involved in their own narrative of trying to make it (and make audition tapes), all while acting in high-stakes role-playing exercises with soldiers around fake car bombs and raids.

“I was really interested in making a film that felt like you were in a foreign land, but was inherently extremely American,” said Gates of the project, which can be viewed on miumiu.com. “The world is so crazy and I thought it would be interesting if we put a low-stakes story in a high-stakes environment.” Gates, who has also modeled for Miu Miu, wrote the story with Shawkat in mind. “This is the first job I’ve gotten because I’m Iraqi,” joked the actress, during a Q&A after the screening.

“How was it for you to watch, because personally, I hate everything I have ever made,” came a question from the back of the theater in Cyrus’ unmistakable drawl. “I had a sick feeling in my stomach, but now I feel like a Band-Aid has been ripped off,” Gates replied, not forgetting to hat-tip to her patron, who gave her creative control when it came to making “Shako Mako,” which translates from the Iraqi to mean “what is everything, what is nothing,” with the only stipulation being that she had to use Miu Miu clothing, in this case the spring 2019 collection.

“Miuccia Prada and Verde Visconti, these two people have been allowing women to make films without notes since before any of you all cared about female directors,” she said of the designer (who did not make the trip to L.A.) and the Prada VIP/special projects director respectively.

Miu Miu no longer has a store in the L.A. market (the Rodeo Drive location closed last year), but is looking for a new space, according to a brand representative. The last time it premiered one of the tales in L.A. was in July 2011. “We meet people at the very beginning, then they get a lot of exposure from the tales, and after this they have a big opportunity,” said producer Max Brun.

“They treat these as short films, not commercials,” said Gates, who also has a documentary in development about military role-playing exercises. “They approached me, and I presented them with this rather strange story and they let me make it. I looked at the clothes, and found the ones that looked the most lived-in and that they would come from that space. We wanted to make sure the clothes weren’t distracting.”

At the after-party, held a short shuttle ride away at Cafe Stella, the cast joined the Haim sisters, Kim Jordan, Arianne Phillips and more in sipping “Miu Muse” and “Miu Lady” cocktails.

“The pink dress took my breath away,” said Este Haim, admitting she was somewhat focused on the fashion in the film, including a standout look donned by Shawkat for an audition tape, and a few chunky sweaters, too. “But,” she added, “It’s also a cool concept to support women making films.”