The party was in full swing at the-miumiu-london on the ultimate night of its three-day run at Café Royal on London’s Regent Street. 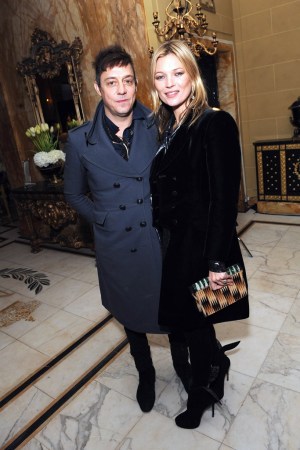 LONDON — The party was in full swing at the-miumiu-london, Miu Miu’s women-only members’ club, on the ultimate night of its three-day run at Café Royal on London’s Regent Street.

“I feel like I’m on holiday,” said Lulu Kennedy, who was bopping to Eve’s “Satisfaction,” with Giles Deacon and Katie Grand, on the lavish seats in the Club Lounge. “It’s like being in Paris during fashion week: You know everyone, but there’s no pressure to work, so it’s just fun.”

Throughout the three days, the multifloor space attracted London’s style elite, including Kate Moss and husband Jamie Hince (men are allowed as guests), Laura Bailey, Georgia May Jagger, Pixie Geldof, Natalie Massenet, Caroline Issa, Dita Von Teese, Noomi Rapace and Sharleen Spiteri. Moss and Grand went twice, as did many of the guests, who were eager to indulge in Miu Miu’s hospitality.

Richard Nicoll had dined with Stella’s Charlie Harrington in the restaurant, which, on day three, was serving dishes from the hand of chef Margot Henderson of the Rochelle Canteen, a perennial favorite with East London’s fashion industry. “We were sitting near the door, and it was like being at an awards ceremony,” said Nicoll of his dinner. “We knew everyone who went past.”

London is the first home of the-miumiu, but more are in the pipeline, with the next one expected to open in Japan.