The museum held a dinner and the fashion house a fund-raiser over the weekend.

By Marcy Medina and Lesley McKenzie on April 28, 2014
View Slideshow 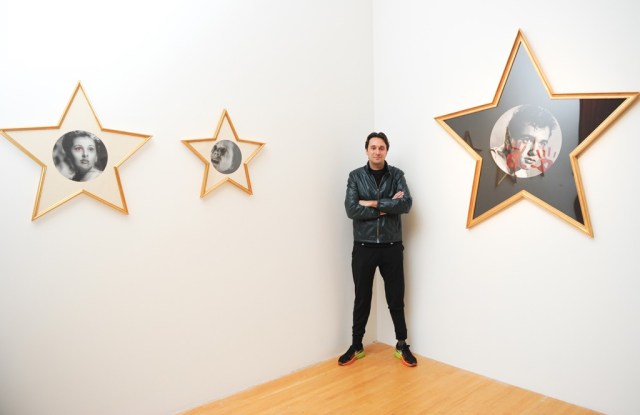 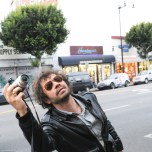 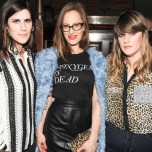 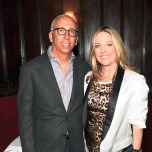 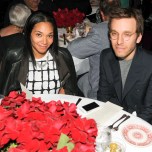 Milan-based Francesco Vezzoli described Los Angeles as “a city that has adopted me,” but judging from his latest oeuvre, “Cinema Vezzoli,” which opened at the city’s Museum of Contemporary Art on Sunday, it seems the relationship is reciprocal. Part of the artist’s three-museum series, titled “The Trinity,” (“Galleria Vezzoli” bowed at Rome’s MAXXI last year and “The Church of Vezzoli” will open in New York’s MoMA PS1 later this year), “Cinema Vezzoli” occupies four of MOCA’s galleries: one filled with celebrity portraits in star-shaped frames, another with embroidered portraits, a third with giant fictional movie posters and a fourth transformed into a screening room complete with vintage chairs.

On Friday, MOCA trustees Maria Bell and David Johnson, along with their spouses Bill and Suzanne, respectively, toasted the opening with a dinner at Hollywood’s oldest restaurant, Musso and Frank Grill. “It’s fitting that this place is on the Walk of Fame,” said Maria Bell. China Chow, Bret Easton Ellis, Liz Goldwyn, Eli Broad, Eugenio López, Scott Sternberg and Kate and Laura Mulleavy sipped martinis in the railcar-style bar before retreating to the main dining room, whose slightly musty air only seemed to add to the atmosphere.

Vezzoli himself appeared just in time for dinner, seated between Maria Bell and MOCA director Philippe Vergne. “Friendship is more important than art,” Vezzoli said as he greeted some old friends who flew in from Europe for the occasion.

Fittingly, photographer Matthew Rolston said he had just shot the artist for Italian Vanity Fair, in the manner of George Hurrell. “It was great fun,” Rolston said. “Getting him dressed up like an Old Hollywood icon.”

The following night, the Foundation for Living Beauty and its founder, Amie Satchu, threw its third annual fund-raiser, this year sponsored by Lanvin. The affair boasted a runway presentation of the house’s Hiver 2014 pre-collection, following in the well-heeled footsteps of Tom Ford shows the last two years.

The French fashion house’s touches were seen throughout the night, from the bevy of Lanvin-clad starlets including Emmy Rossum and Rashida Jones, to the glittering mannequins on display. A silent auction preceded the garden presentation, during which Rossum called out from her front-row seat and demanded the opportunity to bid on a private dinner party. “She’s shameless,” quipped Satchu of Rossum, who conveniently lives three doors down. She failed to note the irony (Rossum stars on Showtime’s “Shameless.”)

Also occupying the front row were guests Olivia Munn (who was spotted leaving midshow), Ashley Madekwe and Emma Roberts. The show featured 27 looks and ended on a celebratory note with models tossing handfuls of confetti into the audience. “I want all of the gorgeous long black dresses that I’m just dying over. I love all of their collections and each one is just so different,” mused Roberts postshow.

“Once Upon a Time” star Jennifer Morrison also came to lend support, but admitted there would be no late-night festivities in store for her, noting that the next day marked her first day on set as a director for the short film “Warning Labels.”