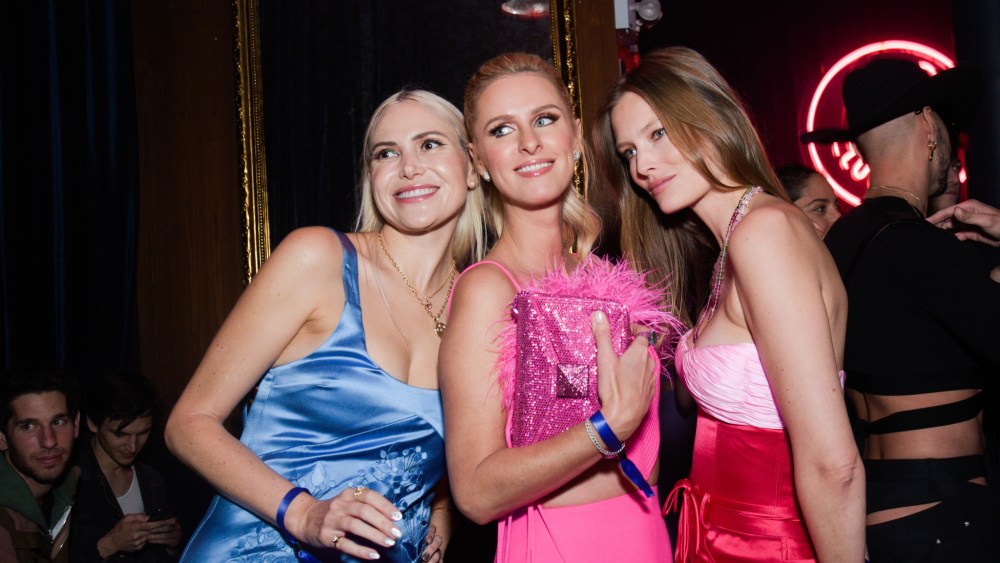 Moda Operandi collaborated with 30 brands on an Aughts-inspired capsule of festive looks, and what better way to celebrate than put the looks to work? On Thursday night, the e-commerce platform took over newish downtown club venue The Palace for “One Night Only: Club Moda.” Branded details for the pop-up club were sprinkled throughout the venue for a truly immersive experience, including packages of Band-Aids and matches in the signature color of the season: hot pink.

“Everyone is in the mood to embrace the wild escapism of the early Aughts. Sartorially, that energy translates into an exhibitionist kind of glamour — with a hint of [2000s] club sleaze,” said Moda Operandi founder Lauren Santo Domingo.

The soundtrack for the evening was, naturally, 2000s throwbacks curated by DJs Mona Matssuoka and Zack Bia. Just after 11 p.m., the distinctive opening beat of Kelis’ “Bossy” filled the packed club as the R&B singer emerged from the upper VIP area in a two-piece pink suit and bra. The singer had arrived to gift the crowd with a performance of her most era-defining track, “Milkshake.”

“We knew we wanted an anthem that captured the era and would bring everyone back in time,” said Santo Domingo, adding that Moda Operandi is in the business of giving the customer what she wants. “The rumors are true: Kelis’ ‘Milkshake’ does in fact bring the boys — and everyone else — to the yard.”

And after any lively night out, what “she” wants is pizza. Guests could grab a boxed slice of “haute pizza” from the Jiannetto’s Pizza Truck stationed right outside the front doors on Canal Street. Printed on the branded boxes was a parting mantra: “I regret nothing.”

But in case you do, take note: Moda Operandi offers a generous holiday return policy.