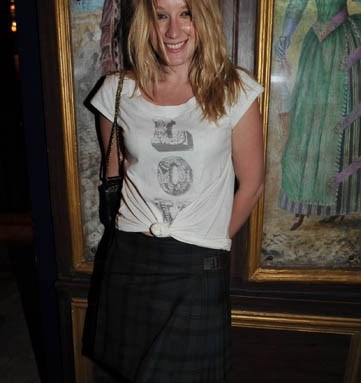 YOUNG GUNS: Pharrell Williams is heading to New York this weekend to take part in a youth leadership conference organized by his website, K!dult.com.

At a party at Colette Thursday night for the launch of his capsule collection for Moncler, Williams said he created the site because there was a gap in online news content aimed at teens. “They’re the future deciders, dude, so we have to reach out to them,” the hip-hop star explained, as teenage fans thronged outside the store. He later headed to historic Paris restaurant Lapérouse for a dinner hosted by Moncler chairman Remo Ruffini that gathered an eclectic crowd including Lou Doillon, Giambattista Valli, Eugenie Niarchos and Pedro Winter.

Rap singer Uffie, who collaborated with Williams on her new single “ADD SUV,” said she’s working on a capsule women’s collection for Diesel and bracing for an intensive tour following the release of her album “Sex Dreams and Denim Jeans.” “I’m back on the road tomorrow. We’re doing, like, three countries a week until November,” she said.

Meanwhile, French actress Ludivine Sagnier is back in the studio recording songs for an upcoming Christophe Honoré film that will reunite her with her “Love Songs” co-stars Louis Garrel and Chiara Mastroianni. The busy actress has just finished filming director Lee Tamahori’s “The Devil’s Double,” set in Iraq in the Eighties, in which she stars alongside Dominic Cooper as the mistress of Saddam Hussein’s son Uday. “It’s ‘Scarface’ in Baghdad,” she quipped.