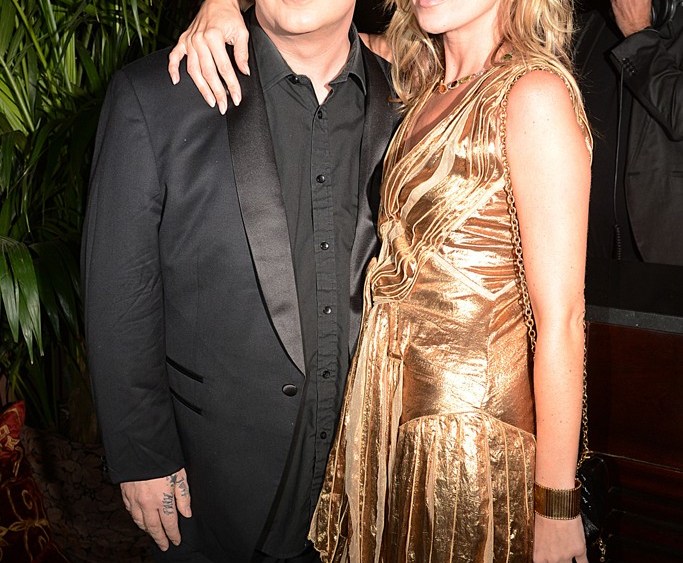 It was hard to move at a party for Kate Moss’ new book without coming nose-to-nose with a glass of Veuve Clicquot — or a famous face. Florence Welch, Boy George, Noel Gallagher, Bob Geldof, Alison Mosshart, Donna Karan, Riccardo Tisci, Annabelle Neilson, Kristen McMenamy and Luella Bartley were all in high spirits to toast the launch of the book of photographs featuring the model: “Kate: The Kate Moss Book.”

After spending the early evening signing copies of the Rizzoli-published tome at Marc Jacobs’ Bookmarc store in Mayfair, Moss arrived when the party at 50 St. James was in full throttle. She was dressed in a full-length gold gown by Jacobs, and was escorted by her husband, Jamie Hince.

“She actually lived with me for a while,” said Gallagher. “There would be more people waiting outside my flat to see her than there were for me. I would pop out to the shops and people would ask me, ‘Is Kate in? Can you get me her autograph?’ ”

The rock star met Moss at a party in 1994 but had no idea who she was.

“I had just moved down from Manchester and was not that familiar with the London scene. Two weeks later, I was in America and her face was everywhere, on billboards, on every magazine,” he recalled.

Downstairs in the nightclub, Moss high-fived DJ Nick Grimshaw as Evelyn “Champagne” King’s “Love Come Down” came on. McMenamy took to the lit-up dance floor with a pair of cat ears on her head. Sharleen Spiteri and Neilson both took advantage of the club’s secret smoking area, while Pixie Geldof negotiated the fray on the arm of her father, Bob. The night’s guest of honor — a “Kate 76” vodka cocktail in hand — danced to a string of disco tracks with her old pal Fran Cutler. Asked if she had ever imagined releasing a book, Moss downplayed her achievement: “Well, I didn’t actually have to write anything,” she said.