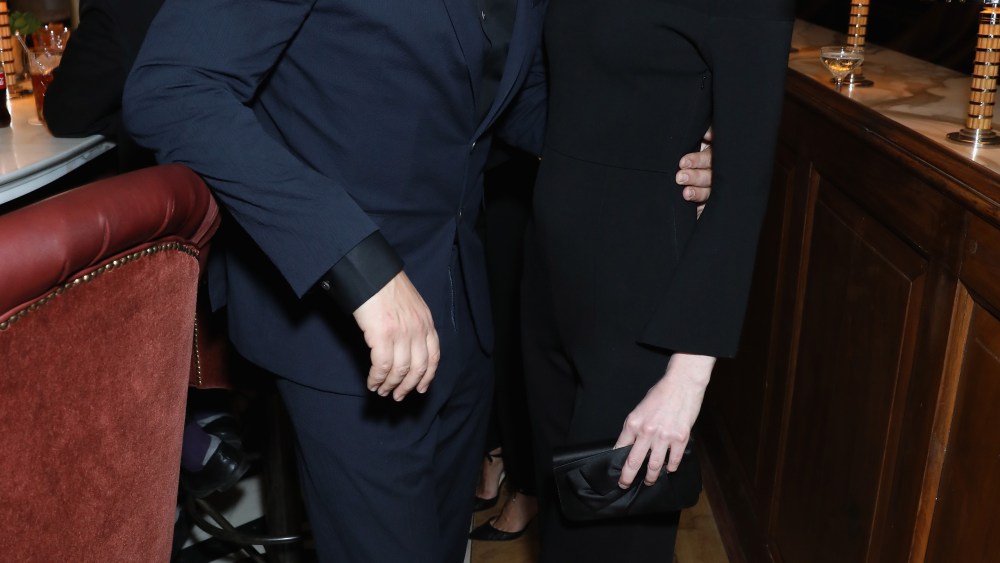 NED SET: “Look, I still have a big family around me,” said Roland Mouret, surveying the array of guests at his Dinner of Love on Tuesday night, a nod to the soundtrack from his latest show, a medley of “The Look of Love,” sung by a host of women, including Dusty Springfield.

Mouret didn’t sit still all night, bear-hugging friends as they arrived and table-hopping at the vast new venue, The Ned, a set of nine restaurants and bars, a hotel and a new private members’ club by the owners of Soho House and Sydell Group.

Mouret’s dinner, with friends including Peter Pilotto, Christopher de Vos, Sophia Neophitou-Apoltolou, Kim Hersov, Daisy Lowe, Sebastian Manes, Caroline Rush, Lucinda Chambers and Solange Azagury-Partridge, was at the latest outpost of Cecconi’s on the ground floor of what was formerly the headquarters of Midland Bank.

Guests were certainly feeling the love: Pilotto said he and his partner de Vos, the team behind the Peter Pilotto label, have always admired Mouret’s work. “He’s a sculptor with fabrics,” said Pilotto, adding that de Vos bonded with Mouret from the day he met him. “They speak the same language, and they both have that French moodiness.”

Another of Mouret’s friends, the taxidermy artist, Polly Morgan, was already familiar with The Ned, having handed over one of her works, a sculpture involving a hedgehog skin, on show in the massive vault downstairs (complete with stainless steel safe deposit rooms), which will become a lounge and bar.

She’s one of some 90 British women artists whose work will be on display in the space. Next up for Morgan is a show involving one of her pieces – an old wooden coffin with hundreds of chicks – at the National Museum of Women in the Arts in Washington, D.C. “It’s from 2009 – and my work has become a lot less dark since then,” said the artist.