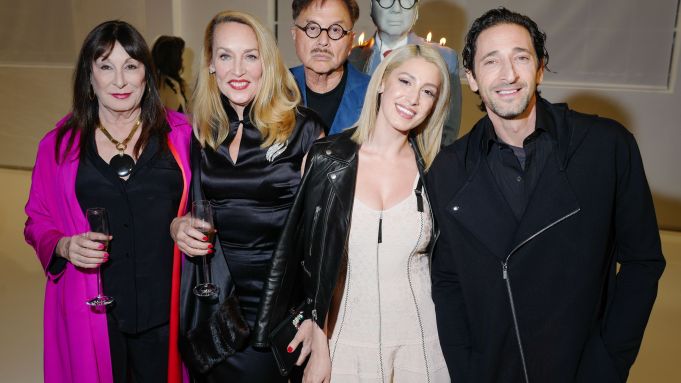 Surrounded by his children Asia, China and Maximilian, and his new partner Vanessa Rano, Chow, seated in the crook of a giant white sectional settee, played impresario in the 57,000-square-foot converted warehouse, whose back courtyard was transformed into an outsize dining room, lounge and discotheque, complete with a black-and-white checkerboard floor and Andy Warhol silver pillow balloon-lined ceiling.

“Dad, Quincy is ready to eat. Do you want to come over to his table and say hi?,” said China of the music mogul family friend. “No, no. I will sit here; let everyone come over to me,” he replied.

But the art world denizens were perhaps the biggest group present. Chow, whose father Zhou Xinfang, was a grandmaster of Beijing Opera, developed an early passion for the arts, which he integrated into his first Mr Chow restaurant, opened in 1968 in Knightsbridge, London. Passionately promoting the greatness of China, Chow orchestrated art, architecture, design and cuisine into a participatory theater in each of his eight restaurants.

In 2011, he returned to one of his first loves, painting, and in 2015, his solo show “Voice for My Father,” exhibited at the Ullens Center for Contemporary Art in Beijing, followed by shows at the Power Station Museum in Shanghai and the Andy Warhol Museum in Pittsburgh.

Chow sent everyone home with a copy of his commemorative book and a poster of one of his artworks. As for the life-size Urs Fischer wax candle in his likeness, which guests took turns posing with while wearing round black spectacles that were being passed out on trays, Chow said, “Oh, anyone can buy one of those. They’re for sale.”