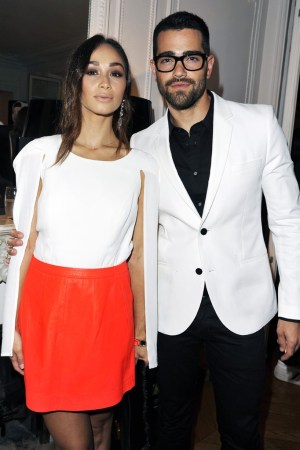 BRITISH INVASION: John Brodie, attending his first men’s fashion shows since succeeding Jeremy Langmead as editor in chief of Mr Porter, begged for indulgence from guests at a cocktail party held in Paris to welcome him into the role.

But the former Variety scribe, who has also held editorial roles at Fortune, GQ and Spy, appeared confident in his vision for the future direction of Net-a-porter Group’s Web site.

“It’s a great brand. It’s a great publication. I was a fan before I became the editor. I mean, my analogy is: Mr Porter is a bit like the Beatles in 1962, and I’m Brian Epstein. The idea is, they’re the best band in the business, now I’m just going to take them to America, take them global, build it up,” he said.

Among the guests mingling in the stylish apartment of p.r. mavens Dovie Mamikunian and Laurent Suchel on Thursday night was designer Roland Mouret, a self-confessed Mr Porter addict.

“I enjoy shopping together with my husband. Most of the time, it’s on Sunday morning during breakfast in bed with the dog. First, we read all the British Sunday papers, then we end up online,” said Mouret, who is preparing to relaunch his own e-commerce site. “The great thing about buying online is that you pay upfront, so when it arrives, it feels like a big gift.”

Actor Jesse Metcalfe, on a whirlwind European tour with his girlfriend Cara Santana, is such a shopping pro, he can reel off his measurements in a heartbeat. “I’m sample size – I’m a 32/32 pant and a 38 regular jacket and a medium shirt, and a 10 shoe, so I don’t really have any fear of buying online whatsoever,” he said.

The actor is gearing up for the second half of season three of “Dallas,” which will air on TNT from Aug. 18, and recently signed on with Select Model Management in the U.K. for special bookings. “I’m going to Mallorca after this trip to do my first shoot with them, so I’m pretty excited about that,” he said.