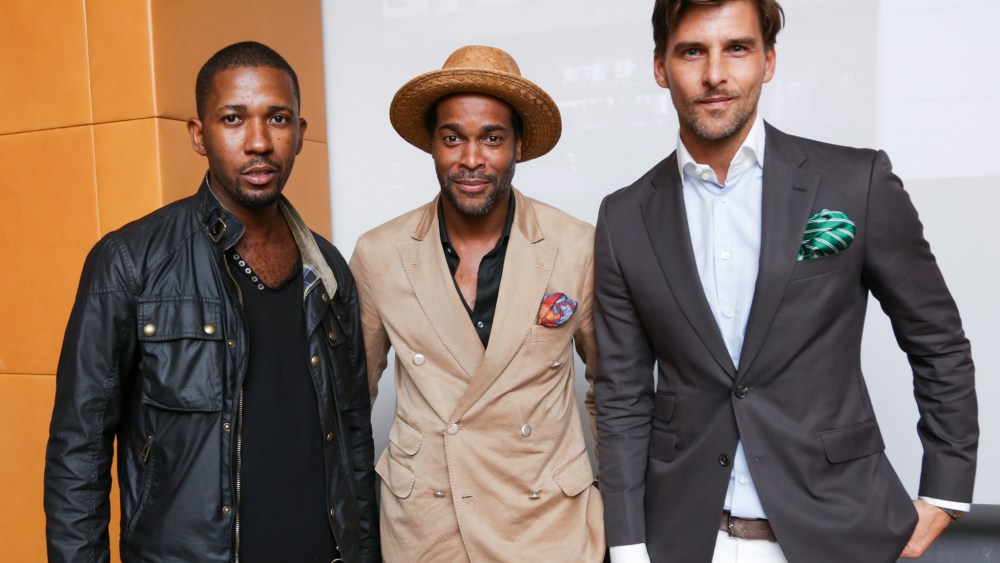 It was one for the boys on Thursday night. On the precipice of a week that is irrefutably all about women’s fashion (save for an occasional unisex show), Mr Porter and Tod’s decided to steal some of the ladies’ thunder. They threw a cocktail at Tod’s swanky Milk Studios, a space hugging the High Line, to mark the status of Mr Porter as the exclusive online retailer of the Italian brand. Guests, including Johannes Huebl, Elettra Wiedemann and Questlove, mingled about the space adorned with flickering votives and handsome models perched onstage, outfitted, of course, in Tod’s fall lineup.

“I think this is my first thing I’m going to?” Huebl said, mentally reviewing his fashion week schedule. “It’s nice that there are a few men’s things during women’s fashion week,” he added, before revealing he had in fact missed July’s inaugural New York Fashion Week: Men’s. He didn’t seem too bothered by any fashion-related absence. “For me, between fashion week and the U.S. Open, I would choose the U.S. Open any day,” he said.

“Well, my publicist wants me to get out more and do the fashion week rounds,” Questlove had to say of his appearance at the party. He admitted to being a fan of Mr Porter, though he’s no one-click shopping kind of guy. “I’d like to think I’m low-maintenance, even though everything is custom-made,” he said. And with that, he was off to DJ a set in Brooklyn.