The award ceremony — which drew the likes of Elisabeth Moss, Tiffany Haddish, Aubrey Plaza, Tessa Thompson and Melissa McCarthy — will be broadcast Monday. 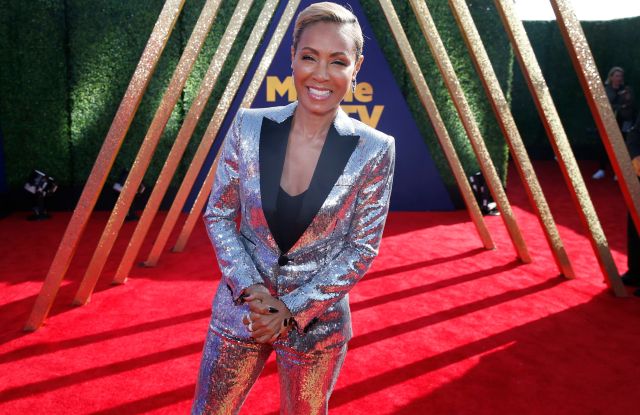 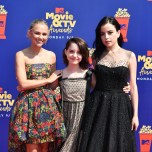 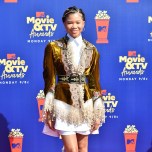 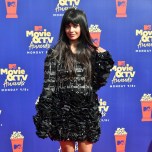 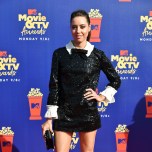 The 2019 MTV Movie & TV Awards may have brought a parade of talent to Santa Monica’s historic Barker Hangar, but not all knew how to behave. One unnamed guest on the red carpet spat at celebrity fitness expert Jas Mathur and called him an expletive before going inside. It took a WWE wrestler of all people — Shad Gaspard — to intervene on Mathur’s behalf and point out to the uncouth guest: ‘We’re at the MTV Movie Awards.'”

Luckily the rest of the evening, hosted by Zachary Levi, proceeded in a more civilized manner. Polished “Halloween” star Rhian Rees, for one, hoped to take home a Scared-as-Sh-t Performance award for her first nomination.

“I’m just in a bit of shock,” she said nearly an hour before the mini fight. “I’m a child of the Nineties, my sisters and I used to come home from school, shove on MTV and just binge watch.” 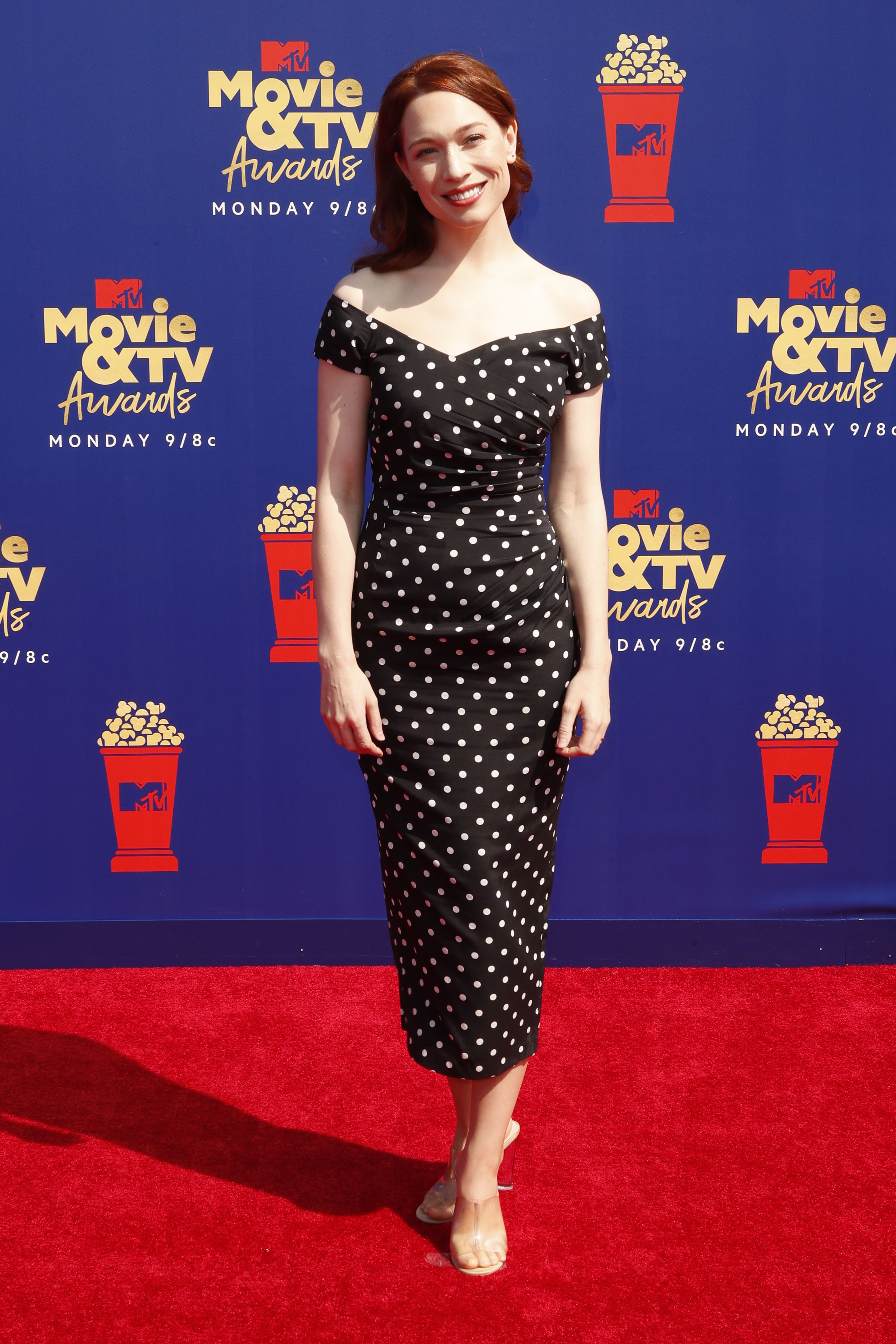 A state of shock, much like her Old Hollywood-inspired Pamela Barish ensemble, is something the British actress wears well. Case in point: After making “Halloween,“ Rees went on to shoot a second psychological horror film after initially not being fond of the genre. While mum on the details of her upcoming role, she said, “[The preparation] involves wearing a lot of wigs.”

Nearby were “Annabelle Comes Home” stars Madison Iseman and Katie Sarife, who also now have a fresh perspective on the horror genre. “I go back and forth on whether or not I believe it now,” said Sarife. “There’s some stuff that’s happened that I can’t explain.”

Particularly the timeframe between her audition and her first day on set.

“The night before I found out that I booked this, I went with my friend and my boyfriend to get intention candles,” she said. “I bought a success candle. What you do is you write on a piece of paper what you want. Mine was probably along the lines of, ‘Let’s book ‘Annabelle.’ So what happened to my candle is the top of the rim lit on fire and it was dancing. Then the wick lights and then it goes out and then we light it again and it goes out. And so I researched what that meant. It means either what you’re asking for will never happen or there’s no point in asking because it’s already done. 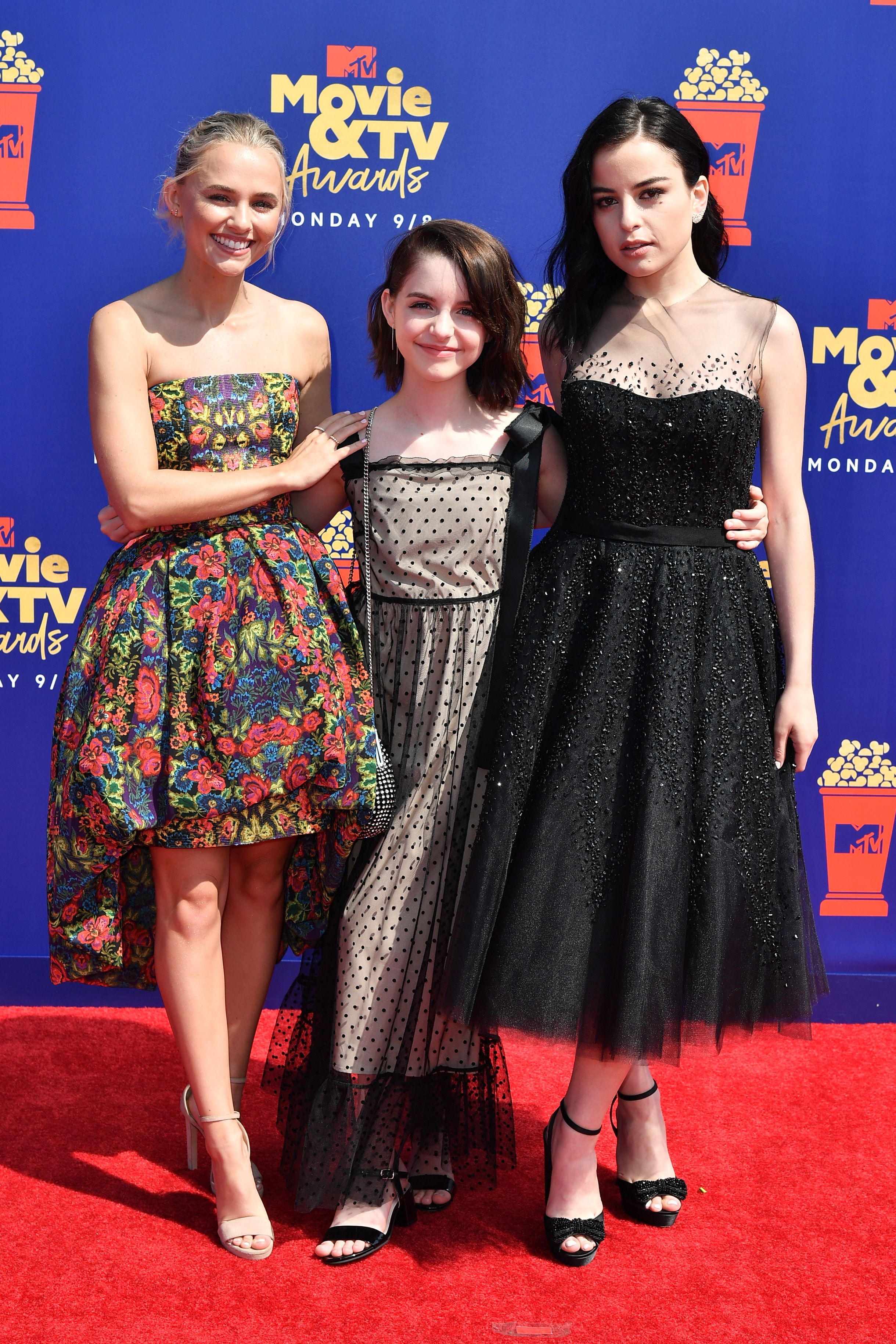 “I was so scared of what that meant,” she said.

Frights aside, the evening also sparked talk of advocacy and causes, given the two award winners: Jada Pinkett Smith and Dwayne Johnson.

Mj Rodriguez, who arrived as both a presenter and a Next Generation award nominee for her work on “Pose,” said, “I’m just here for the ride, baby. Being a trans black woman, it feels good for the community to see me and take me seriously and not think I’m some kind of spectacle or some kind of stigmatized thing. I’m just a regular person. So it feels good.”

The 28-year-old actress also spoke of her impact.

“Most of them [her fans] are from 12 to 17 years old. A lot of them have come out to say, ‘You’ve made me want to actually be more open with my status,’ being that I’m playing a character who is HIV positive,” she said, adding that there have been too many deaths of young African American trans women and they need more protection from men.

As the carpet went on — with faces such as Elisabeth Moss, Jameela Jamil, Tiffany Haddish, Aubrey Plaza, Kiernan Shipka, Tessa Thompson and Melissa McCarthy — stars were eager to laud Pinkett Smith, who won the Trailblazer award, and Johnson, who received the MTV Generation award.

“I think Jada Pinkett Smith is an amazing role model,” said Sydney Sweeney of HBO’s “Euphoria.” “I think that she’s an incredible mother, amazing wife and amazing actress. I mean, she has balanced such a healthy home life and work life that I strive to be able to have one day. I think that she’s paved the pathway.”

Sweeney’s cast mate, Storm Reid, agreed, saying, “They’re both amazing humans and not only are they talented, but the philanthropic work that they do in the world is really impactful.”