Mulberry and Flashy Fans Party Down 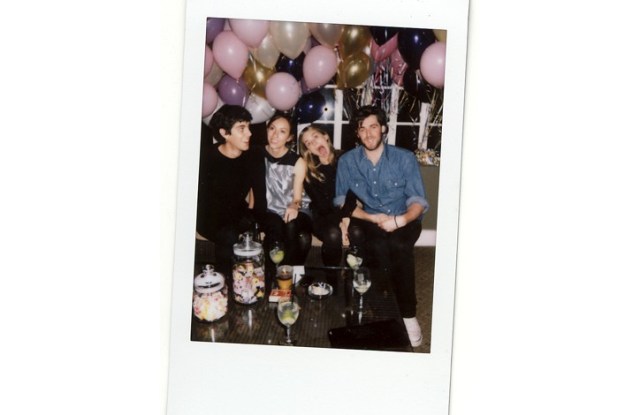 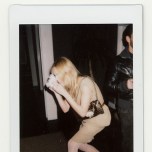 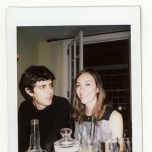 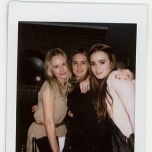 Foul weather forced a location change from the staid colonnaded patio to the private shelter of Bungalow One, a decision that proved wise given the guests’ proclivity for merriment.

Unofficial guest of honor Kate Bosworth kicked things off by picking up one of the white Fujifilm Instax Mini 7 cameras on the dinner table and snapping shots of her pals Gia Coppola, Nathalie Love and Lily Collins. Stylists Cher Coulter, Jessica de Ruiter, Nicole Chavez, Lauri Smith and George Kotsiopoulos also got into the game, shooting each other and the Spring 2010 Alexa bags amidst the carefully color-coordinated balloons, jars of sweets and hand-stamped place cards, all of which were organized by Hill, a self-proclaimed “obsessive compulsive.”

But Hill was equally candid about her randy Brit side, saying, “It’s all about fun tonight, none of that stuck-up, stuffy dinner stuff. We’re here to dance.” Indeed, safely ensconced behind the locked front door of the Bungalow, the crowd loosened up after a few glasses of wine and began getting down on the patio to tunes spun by DJ Daniel L’Amour (who was commandeered from Bar Marmont by the Mulberry team at the last minute).

Even the boyfriends and husbands got into the groove, and in Bosworth’s case, both her ex, Orlando Bloom, and her current flame, Alexander Skarsgard stopped by after dinner to join the dance party. “If this party had been outside, there wouldn’t have been as much dancing, that’s for sure,” she said mid-shimmy.