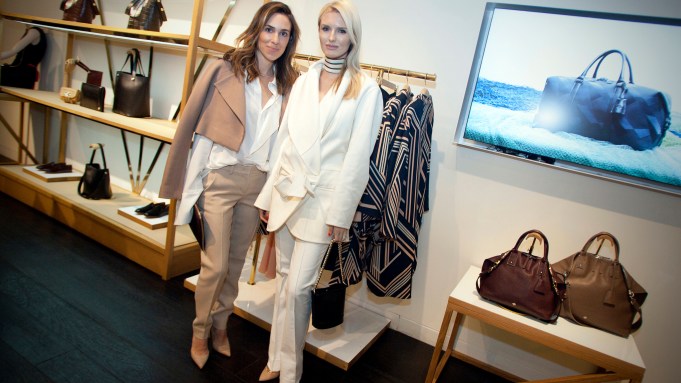 “It’s one of those causes where you feel like you can really get involved and get your hands dirty,” Kate Davidson Hudson said of New Yorkers For Children on Thursday evening at Mulberry’s SoHo boutique. “And there’s really a direct, tangible effect.”

The mother of two and cofounder of Editorialist magazine was playing host alongside her business partner Stefania Allen — joined by Lydia Fenet, Elisabeth Jones-Hennessy, Lauren Kenny, Euan Rellie and Lucy Sykes Rellie — for an evening of charitable shopping at Mulberry to benefit the charity and its foster care efforts in the city. It was a calm easing into the swarm of events set to flood the New York social calendar once fashion week kicks.

“We work with the kids and the organization is just so powerful, it really has transformed their lives,” Davidson Hudson continued. She and Allen are both mothers, “so it really hits close to home for us.”

The organization is a staple on the New York social charity schedule, hosting fund-raising events throughout the year, including its annual fall gala, in September. The charity will next host its spring dance, in April.

Mulberry was donating ten percent of proceeds from the evening to the charity. “It’s a really directional accessories brand for us at The Editorialist,” Davidson Hudson said of the brand. Doing her part, she was taking home a small croc bucket bag.