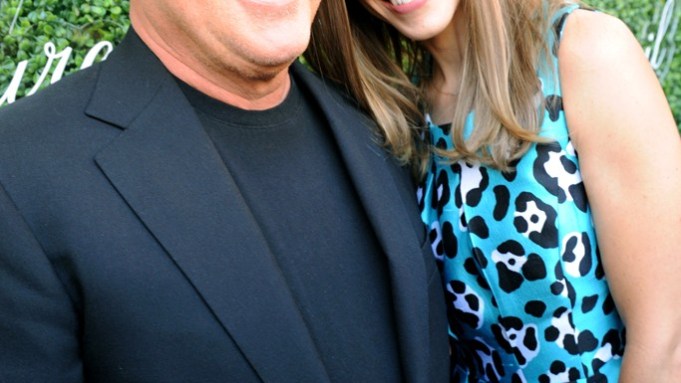 “My friends and I walked around the [Fashion Institute of Technology] campus like we were on a runway,” Michael Kors said, surveying the airy promenade of the David H. Koch Theater at Lincoln Center from a dais while recalling college days gone by. “We wore the craziest things every day. I wore three pairs of leg warmers. I wore army hats with brooches on them. I wore diaper pants. Yes…diaper pants.”

The room was packed Wednesday for The Museum at FIT’s eighth-annual Couture Council benefit luncheon, which this year honored Kors. Tables teemed with the likes of Jamee Gregory, Julie Macklowe, Linda Fargo, Iman, Cornelia Guest, Fe Fendi and other Ladies Who Lunch types. More than a few raised their eyebrows at what was but one of the many pithy quips peppered into Kors’ acceptance speech as he received the Award for Artistry of Fashion, following in the footsteps of past honorees such as Valentino, Karl Lagerfeld and Oscar de la Renta. Kors was not only honored for his contribution to fashion; the designer recently created the Michael Kors Endowed Scholarship at his alma mater. The fund covers four years of tuition for one student, housing, materials and books, as well as a year of study abroad in Milan.

“I couldn’t believe I’d gotten [the scholarship]. I really couldn’t,” said Kim Nguyen, its first recipient. The selection process was rigorous and ended with five finalists interviewed by Kors. Nguyen and Kors spoke via Skype, as the third-semester fashion design student was studying abroad in Florence at the time. “I was so nervous about what to wear until I realized he could only see me from the neck up,” said Nguyen.

The luncheon also heralds the official arrival of New York Fashion Week. After Kors stepped down from the podium, attendees grazed their plates and bemoaned the looming packed schedule. Josie Natori and Monica Rich Kosann leaned over their Cobb salads table to commiserate. Nearby, Martha Stewart enjoyed her lunch. “Good soup,” she murmured to no one in particular over her bowl of sweet pea and tarragon.

“We were just in the middle of fittings, and I literally looked at my team and I’m like, ‘Pretend that the clock just stopped and we’ll be right back,’” Kors said earlier from the second-floor balcony as guests arrived. “You know, we work on a collection for almost nine months, so it’s like having a baby. You just want to see that baby born healthy, happy and smiling. I just like to feel prepared. I’m not one of those last-minute people.”

Hilary Swank, on hand to present Kors’ award, piped in: “I’m the same way. I don’t put things off. That must be a Leo characteristic.

“We’re both Leos,” she explained. “We’re similar, that’s why we like to hang out. And now I’m giving him awards.”

Kors may not be feeling the strain of crunch time but has his fashion week essential-to-make-it-through items: “Sashimi during show week is definitely a fashion friend. And I’m totally addicted to iced tea. I suck it down all day. Thank God for Splenda. Also, I need trashy television at night. I’ll turn on, like, ‘The Nanny.’ I want to laugh and take my brain out of fashion.…Fran Drescher, she does the trick.”