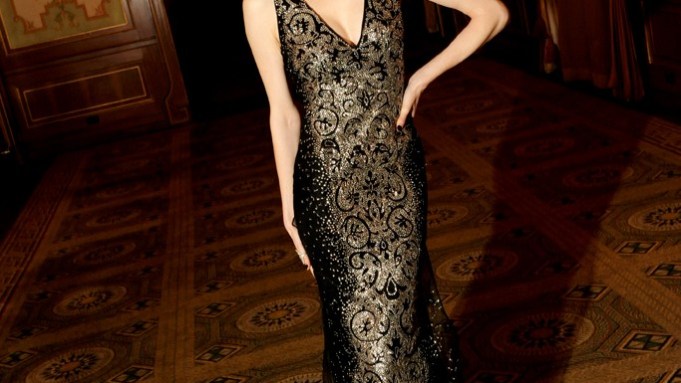 Hilary Rhoda was catching her breath, professionally speaking, at the Director’s Council of the Museum of the City of New York’s Winter Ball Wednesday night at The Pierre.

“My fashion week wasn’t too crazy,” she explained. “I did like six shows. Carolina’s and then a few others. It was evenly spread out, so it wasn’t too crazy which was good.…I have this week off, well, not from work, but shows.”

The first-name-basis drop of Carolina Herrera made particular sense given that the designer, who cosponsored this year’s gala, was standing a few feet away. With the holidays over and New York Fashion Week in the books, the Manhattan social calendar was beginning to show its yearly pre-spring green shoots. Rhoda was among a number of attendees, including Elettra Wiedemann, Coco Rocha, Tory Burch, Tara Rockefeller, Patricia Lansing and Jamie Tisch, in Herrera’s designs. The hotel’s grand ballroom was packed with socials in their evening best. Before dinner, longtime museum booster Mark Gilbertson recalled the event’s early years, when a seat could be had for $45, before happily revealing that the night raised nearly $450,000 for the museum.

Before moving into the ballroom, Rocha stood with husband James Conran considering what her recent TV stardom has done for her. She has been working for nearly a decade, but only recently moved into television, as a coach on Oxygen’s competition “The Face.” Her own visage, along with those of costars Karolina Kurkova and Naomi Campbell, has been plastered in subway stations and on bus shelters across the city.

“It is funny, on the streets, people will be like ‘Team Coco’ and you’re like ‘All right, this is going to be my thing for the rest of my life,’” she laughed. “But every time, I’m like ‘Conan O’Brien?’ [Team Coco also is the name of his YouTube channel.] When I check my Twitter feed to see #TeamCoco, it’s me and Conan O’Brien.…We have the trademark, weirdly enough. They didn’t trademark it.”