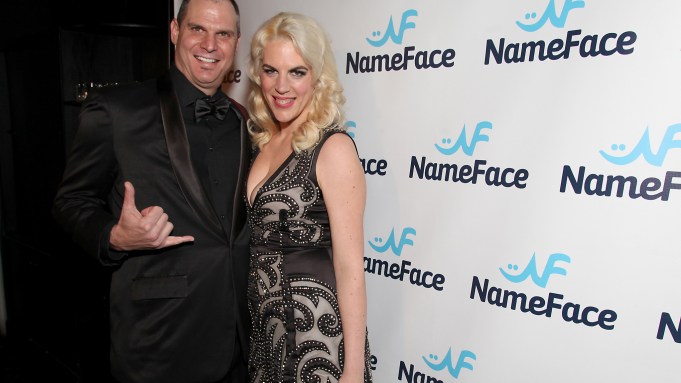 It’s not often the photographers will outnumber the who’s who at any fashion party — but that was entirely the case Wednesday evening as Steve Eichner – former longtime WWD nightlife photographer – launched his new venture, NameFace. Surrounded by many of his photographer friends (the BFA boys, et al.), Eichner and his business partner, computer coder Daniela Kirsch, took to No. 8 in Chelsea to celebrate their project, with drinks and a presentation of their Kickstarter campaign.

NameFace aims to save event photographers the hours they spend every night identifying their subjects. The program scans the photograph and suggests an identification — cutting out much of the time and headache for photographers.

“I get confused for Bette Midler,” said DJ Marjorie Gubelmann of who most often she’s mistaken for in photographs. “People need to get their NameFace going.”

Kargman, who showed off her newest tattoo, “New York,” emblazoned across her back, has apparently had quite the range of look-alikes.

“People used to say I looked like Alan Rickman in drag,” she said. “I’ve had that, Marilyn Manson, Tatum O’Neal dipped in shoe polish…I give good range, apparently.”