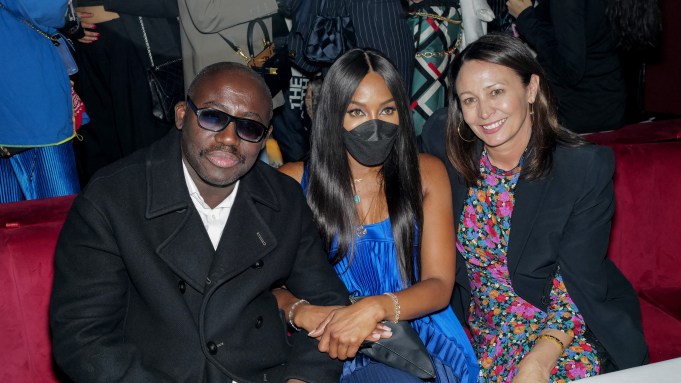 “London has always been the center of creativity. We were first and we have to first again. It’s London Fashion Week. Let’s go,” she said.

The night also saw a series of entertainment events — acrobatic dancing, showgirls in dazzling silver ensembles, a ball gown burned into ashes while the performer rotated mid-air — and a surprise performance by Swedish-English singer Mabel, whose songs are popular on TikTok.

Launched in 2018 in recognition of the Queen’s lifetime of service to others and her love for the Commonwealth and its young people, the trust aims to invest in young entrepreneurs across the Commonwealth who are transforming their communities.

This year, it rolled out the QCT Platinum Jubilee Fund for Young Leaders, marking the Queen’s platinum jubilee year.

As an ambassador, Campbell will champion the impact the QCT-supported young leaders have in their local communities and raise the profile of the charity’s fundraising campaign.

“I have been doing the work with empowering young people for over 25 years. This is something very close to my heart and I will continue to do everything I can to uplift the next generation, so they can create a better future for their communities,” Campbell said of the honorable role.