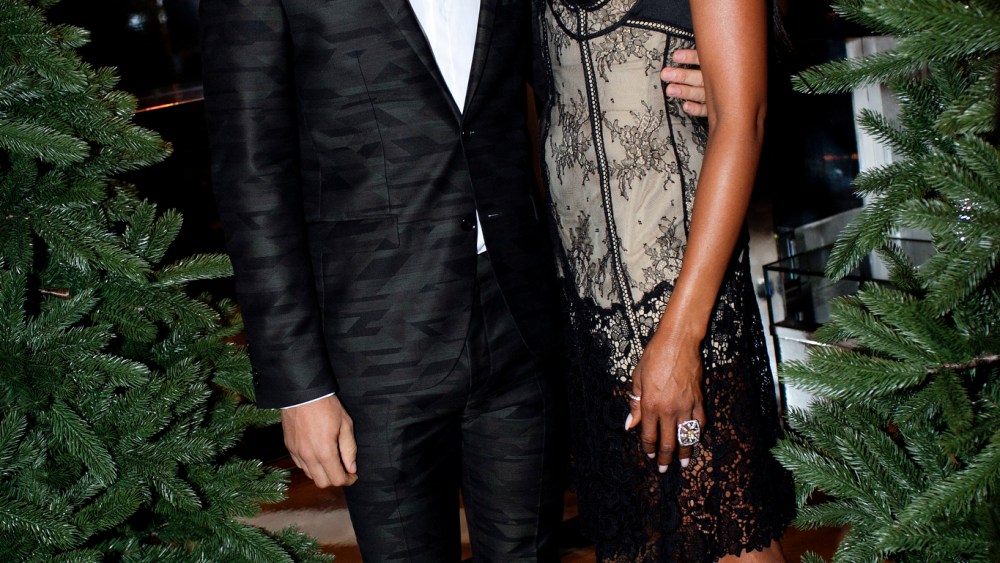 The Burberry flagship in New York was transformed into a full-on celebration of Christmas on Monday night, as the brand toasted its latest ad campaign for the holidays starring Matt Smith, Naomi Campbell, M.I.A. and more.

The British label employed a fleet of carolers to greet guests in the tree-filled foyer; while up the grand staircase on the second floor, a room with red carpet and velvet drapes housed a table piled high with lavish holiday desserts. At the beginning of the night, the spread — which resembled something of a movie set, with one place setting at the head of the table — wasn’t for eating. It was strictly an Instagrammable moment. But later on, people started helping themselves to plates of baked Alaska, fruit cake and cookies dusted with powdered sugar.

Victor Cruz, Misty Copeland, Vashtie and a bevy of young influencers circled the party with Champagne in hand. On the third floor, two calligraphers made handwritten cards for guests. And on the fifth floor, in strolled Smith in a gray suit, his hair slicked to the side and a jolly demeanor. The London-based actor had greeted everyone and shook people’s hands multiple times. He showed off two silver rings he’d worn: one from a local London jeweler, and another, a vintage U.S. Naval ring with an anchor on it.

After his trip to Manhattan, he’ll return to London, where he will spend Christmas with his mother, father, grandfather, girlfriend Lily James (who also attended the event), and his sister. Smith said his sister is “really the Christmas engine in our house,” and recounted a childhood memory.

“Every Christmas Eve, I would sleep in my sister’s bedroom. She’s older than me, so I believed in Father Christmas — or Santa Claus, as you call him — longer than her,” he said. “And when we got to sleep, our parents would put a sack of gifts at the end of our bed. I woke up, and I woke her up, and they were there. I went, ‘I’m gonna touch them.’ And she said, ‘No, no, no. If you touch them, they’ll disappear.’ And I really f–king believed it.”

“It’s really powerful and captures this British feel that is so well-beloved and iconic. I think fashion has been leaning toward that cinematic feel, because it connects to an audience,” she mused.

Fifteen minutes before the party was slated to wrap up, Campbell arrived with her mother, Valerie Morris (she’s featured in the ad, too), and a camera crew. She stopped to give kisses to Derek Blasberg and Carolyn Murphy, who had a fur trench draped across her shoulders. A pack of security and publicists followed her as she wound around the party. Guests stood on their tiptoes and craned their necks to get a look at the supermodel.

Twenty minutes after the event had officially ended, Campbell’s team canceled all scheduled interviews. An icon does what she wants!