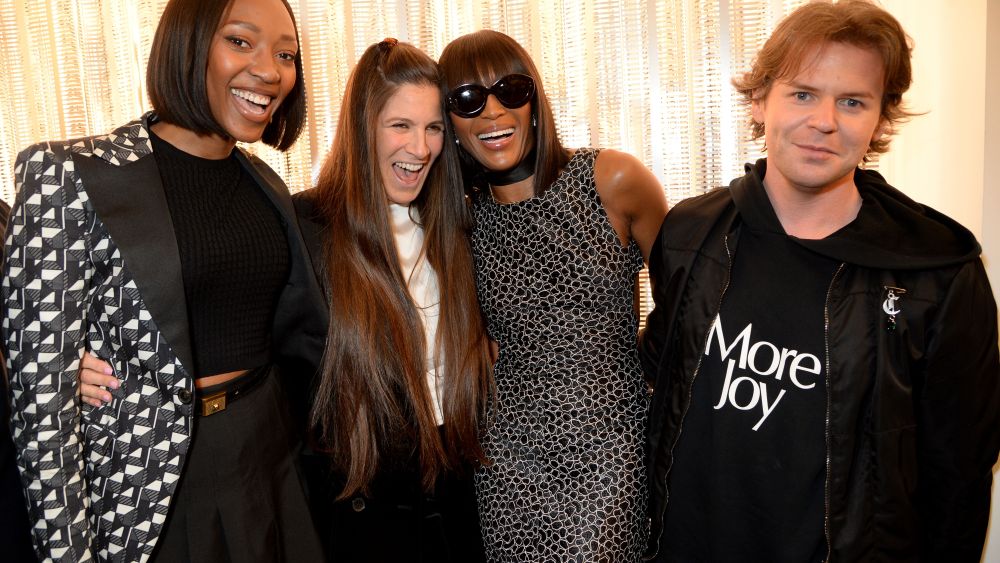 LA VIDA ALAÏA: It was a bittersweet night as friends and colleagues of the late designer Azzedine Alaïa marked the opening of the first Maison Alaïa flagship in London on Thursday amid a sea of pink Champagne and small squares of dark chocolate bearing the designer’s name.

“It has a great energy, a great vibe and it’s really his style,” said Naomi Campbell, who cohosted the cocktail party with Maison Alaïa at the New Bond Street store, which opened earlier this month. “The architecture is clean. It’s just what he wanted.”

Campbell, a longtime friend and muse of the designer who died suddenly last November, added that London – and its people – had always been an inspiration for Alaïa. “He always had pictures of the Queen – and the Queen Mother — up on the wall,” she said.

It’s a big year for Maison Alaïa in London: Next month, the Design Museum will mount a retrospective of the designer’s work that will run from May 10 until Oct. 7.

“He’s with me every day!” said Blahnik of Alaïa. “He was one of the last great couturiers. He knew how to make women look extraordinary.”

Blahnik, who is opening a raft of stores this year, also talked about the archive that he is creating for his own work that will open in December, and his future plans to fund scholarships for students.

Westwood talked about Alaïa’s big heart. “He was a real friend and let me show in his building in Paris at a time when I was going through some ups and downs — and you could always call him for lunch,” said the designer. “And he was a perfectionist. He always went as far as he could go in pursuit of perfection.”