The Italian jewelry house has raised over $35 million for the adolescent rights organization. 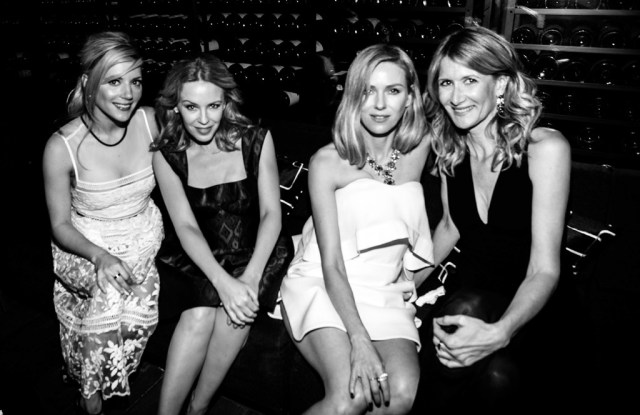 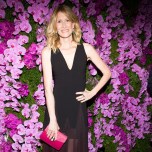 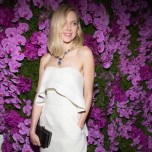 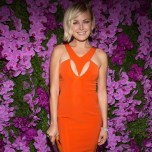 Bulgari and Save the Children briefly put philanthropy ahead of pre-Oscar partying to spotlight their fund-raising with the debut of a photo book at Spago Beverly Hills on Tuesday night. As Naomi Watts, the book’s cover girl, made her way down the red carpet wearing a glittering Bulgari necklace that she called “a diamond sapphire extravaganza,” she noted, “I loved what Bulgari is doing to support the 700,000 children in crisis. It’s incredibly impressive.”

The Italian jewelry house has raised over $35 million for the adolescent rights organization, surpassing charity funds donated by any other luxury house.

The tome, titled “Stop. Think. Give.,” features 250 celebrities who have done their part for the cause, all shot by Fabrizio Ferri, who received praise for his swift skills.

“Fabrizio took a grand total of four pictures of me,” Watts said. “The lighting was perfect and I’m not easy to light these days.” Camilla Belle followed, “He put me on my mark and said ‘OK, let’s just test the light.’ We got it in one shot. It was very quick and fabulous.”

Among the other subjects at the party were Bulgari Ambassador Adrien Brody as well as Ashley Greene, Eric Bana, Jeremy Piven, Jennifer Garner and Terrence Howard.

“It’s remarkable for a corporation to be this motivated in their philanthropic work,” said Brody. “I’m grateful that they allocated funds to my hometown in Queens, New York. It was reeling from low economic families and from Hurricane Sandy. Hopefully the book will create a little more awareness and encourage more people to stop, think and give to the many people in need.”

Said Malin Akerman of the photographs, “This is my first time seeing them. I think they’re absolutely gorgeous and powerful.”