"In Los Angeles, everyone was just wearing rolled down Uggs with mini skirts and Abercrombie sweatshirts," Blake Lively said. "But if I had Tod’s loafers I would officially be a super-chic New Yorker." 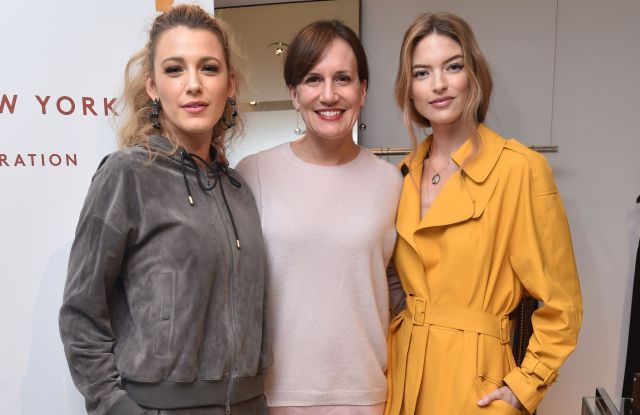 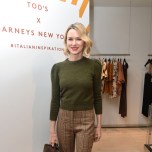 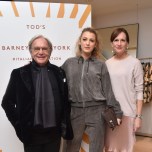 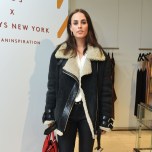 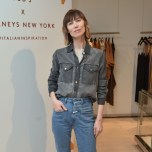 Tod’s might be an Italian company, but according to Blake Lively, the brand’s leather loafers are an icon of New York style.

“When I first moved to New York and I started ‘Gossip Girl’ and I saw these Tod’s loafers, I thought ‘ooh, those are so cool, because I would feel so grown up and sophisticated and I would look like such a New Yorker,’” Lively said, shortly after arriving to Barneys New York on Thursday night. “Because in Los Angeles, everyone was just wearing rolled down Uggs with mini skirts and Abercrombie sweatshirts. But if I had Tod’s loafers I would officially be a super-chic New Yorker. So I got a pair of Tod’s loafers and I felt very cool – and I still have them.”

The Italian company had set up shop on the fourth floor of Barneys to toast its capsule collection for the retailer, which includes three exclusive Gommino handbags, as well as a selection of ready-to-wear available for the next two weeks. Lively joined Naomi Watts, Martha Hunt, and Richard Gere – a rare sighting on the party scene – for the kickoff event.

As for the other items Lively feels are signatures of New York style?

“When I first moved here, Lanvin ballet flats were another thing…the Hermes bag used to be here until it became a trendy L.A. thing. But it was very New York. I guess the Kelly bag,” the actress said. “And anything Chanel – I know it’s Paris, but it still feels very New York.”

“Barneys is one of the best department stores in the world…and New York is the center of the world,” Tod’s chief executive officer Diego Della Valle said of the partnership, which marks the first time the women’s collection has been carried by the retailer. “I think the capsule collection is the next step in our business. Designer, special edition – every month we want to do something new.”

“We went to the show in September of last year and completely fell in love with the collection and the direction, and thought it was a great time to start talking about women’s,” Daniella Vitale, ceo of Barneys, explained. “It’s nice when it starts with product; we had obviously had a relationship with them them men’s, but we loved what they were doing, and so it was a perfect time to start. It’s something we thought we didn’t have in the store. It’s a little bit more classic than something we would normally carry, but has a twist. We felt like it filled a void.”