Through the ball, the New York Academy of Art raised over $825,000 to benefit its scholarships and public programing. 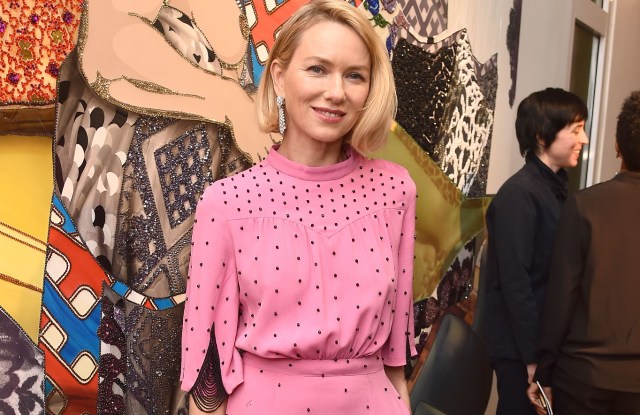 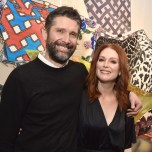 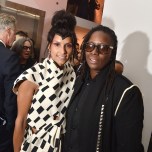 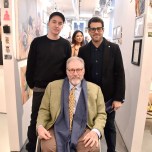 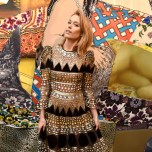 “I was trying to do the math. It’s been, what, five years? When I was the honorary muse — the honorary nude,” said Brooke Shields.

The actress and model, who walked with a cane due to a recent surgery, was referring to the time she served as the official muse for the New York Academy of Art’s 2014 Take Home a Nude fall auction. Shields was the surprise guest model that year, though she didn’t exactly pose nude — she wore a camisole.

In addition to the opportunity to browse works by the school’s emerging artists, the fete had tarot card readers on hand to tell guests their fortunes. Watts, however, was not interested.

“I didn’t even see that. No, I don’t need that though,” she said. “You’ve got to be in the right frame of mind for that, I think.”

The actress and Academy board member had just finished browsing the art on display during the cocktail hour and, like the savvy art collector she is, had taken note of what she was hoping to purchase the following day.

“A lot of my paintings that I own come from this very event,” she shared. “It’s hard to keep track of everyone’s names, but I’ve taken a few photographs and then I follow up tomorrow. I think that’s the best way because there’s just too much. I don’t like stopping to talk too much ‘cause I want to see and the good things go quickly.”

Thomas, the night’s attraction, called being honored by the Academy “one of the greatest achievements. I think there’s a lot of support that comes to this school and what I’m most excited about is that there’s an award that’s gonna be given to one or two of the students in my name,” she added. “As a painter, to have a scholarship in your name — you can’t ask for anything more than that. That’s a great accomplishment.”