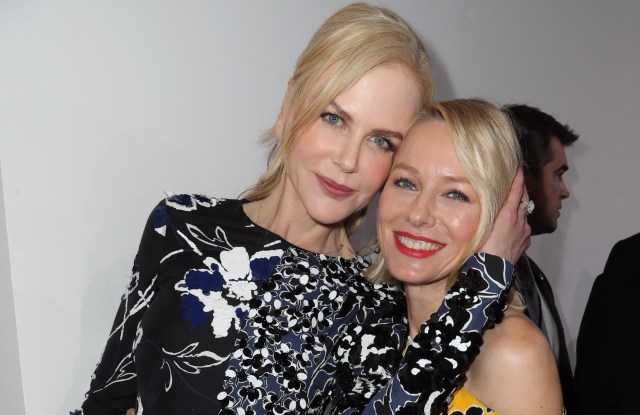 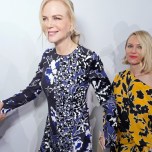 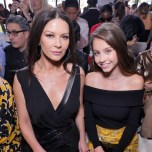 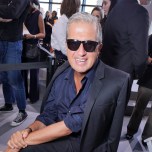 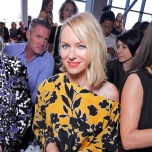 Balmy temperatures in New York belied the impending onset of fall, but the scene was sunny in every sense of the word as models including Bella Hadid, Kendall Jenner and Kate Upton paraded down Kors’ boardwalk runway at Spring Studios.

Fashion shows are certainly nothing new for the Welsh actress, but the morning event marked the first of its kind for her 14-year-old daughter, Carys Zeta-Douglas. “I loved it — first show ever. I’m so happy,” exclaimed the daughter of Zeta Jones and Michael Douglas, who looked — understandably — bewildered by an encircling swarm of photographers and security.

“[The show] was really uplifting — the combination of the music and the clothes,” observed Naomi Watts of a live soundtrack provided by Sara Bareilles and her band from “Waitress” on Broadway.

The 48-year-old “Gypsy” actress sat beside Nicole Kidman in a roped-off VIP section of the front row, which was steadfastly guarded by a militant layer of security.

The long-term pals, whose friendship first blossomed on the 1991 set of “Flirting,” held hands almost entirely throughout the show’s 74 looks. Kidman, who is up for an Emmy for “Big Little Lies” at this weekend’s ceremony, kept her hand firmly upon Watts’ knee as they both sang along to Bareilles’ rendition of “(You Make Me Feel Like) A Natural Woman.”

As they exited, the 5-foot, 5-inch Watts jokingly instructed her towering friend to “stay on the lower tier” of the raised runway.

Mario Testino, who sat alongside the group of actresses, admitted to keeping his front row attendance to a minimum each season. “I have a funny situation within the fashion business because I work while the shows are going on,” remarked the photographer ahead of the show. “I’m working class. I work every day so I try to go to a couple of [shows], but I don’t see much.”

The 62-year-old Peruvian native is of the opinion that New York Fashion Week is “going through a good moment,” despite the decision of brands including Rodarte and Thom Browne to show in Europe. “I like this idea of Tom Ford coming back, Rihanna doing Puma and all mixed with Michael Kors and Carolina Herrera.”

“Shaking things up is always healthy,” he added. “It’s a come and go, no? Change is good in our business.”