Sotheby's was full of action on Wednesday night. 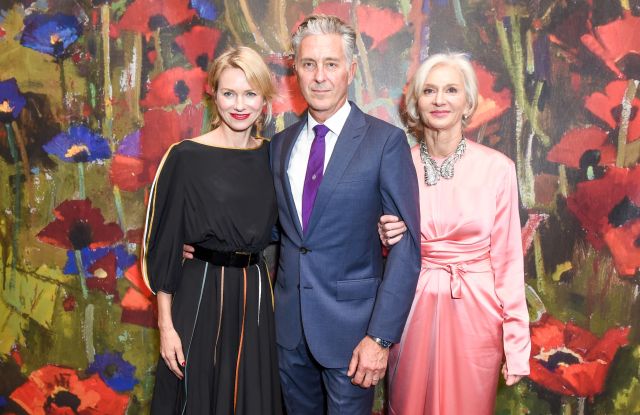 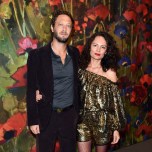 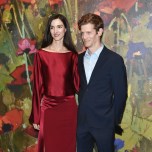 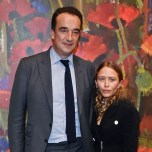 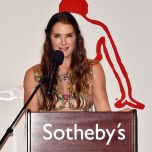 Naomi Watts has taken home many nudes over the years.

“I’m on the board and I’ve been to this event many years in a row now. I never go home empty-handed,” said the actress, taking her plum front row seat inside Sotheby’s on Wednesday night. The New York Academy of Arts was hosting its annual “Take Home a Nude” benefit art party and auction, and the evening opened with a massive silent action of nude-themed artwork before moving onto a higher-stakes live auction.

“I bid on quite a few pieces [tonight] and I think I did get one,” Watts continued, pulling up a photo of her brand-new artwork on her phone. Despite all of the bidding, she wasn’t worried about winning, well, too much art. “No matter what, it’s such a good cause, the school is such a great place that if it’s just a donation I’d feel badly. But I do actually get to go home with the pieces,” she said.

Watts sits on the board for the institution along with Brooke Shields, who was working on quieting the din throughout the auction floor to get the live action started.

“Shhhhhh,” said Shields from behind the auctioneer’s podium. “That doesn’t work for my kids, but thank you.”

While auctioneer Joe Dunning worked his way through several higher-priced works, including a watercolor by event honoree John Alexander, which ended up selling for $42,000. Liev Schreiber craned his neck from the standing room crowd, intermittently chatting with Eileen Guggenheim before raising his paddle in the Eleventh hour for one of 30 limited-edition Hugo Guinness prints, which were being sold for $2,500, a bargain compared to its $4,000 market tag.

After all of the artwork was sold and getting wrapped, the evening’s festivities continued down on the fifth floor with a post-auction dinner during.

“I hope it’s a savings bond,” said Alexander, collecting an envelope from NYAA president David Kratz onstage. Unfortunately for the artist, it was an honorary doctorate of fine arts. “By the way that was Lorne’s joke, the savings bond,” Alexander added, calling out event chair Lorne Michaels. (For the record, a Guinness print probably would have been the better investment gift.)

“The most important thing is to tell you New Yorkers is that it’s bottom of the fifth, and Yankees are ahead three to nothing,” the artist continued, eliciting cheers from the crowd. He quickly tossed the ball back to art. “I’m not stupid, so I’m going to thank all my art dealers,” he added.

The evening raised over $1.1 million dollars for the Academy.