The collaborative tote was designed to support Petronio's dance company. 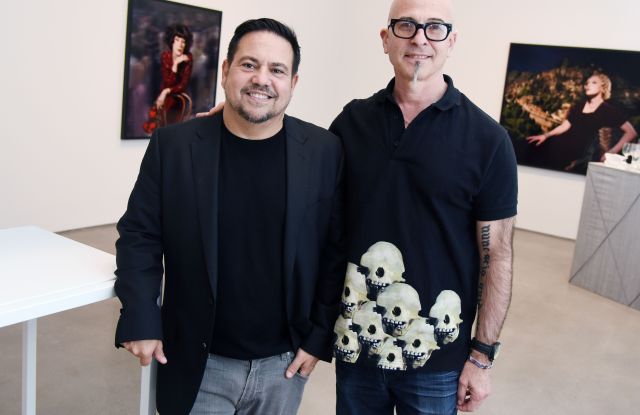 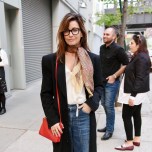 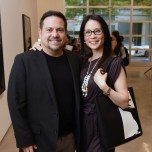 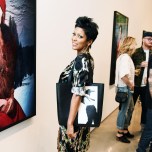 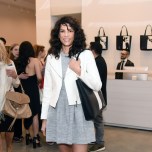 On Thursday night, a supple-limbed man was prowling around the Metro Gallery in his socks. He was taking in the large-scale artwork: Cindy Sherman’s “Works from the Olbricht Collection.” The real focus of the night, however, was on the minimalist black leather tote slung over his shoulder. The bag, designed by Narciso Rodriguez and featuring artwork by Robert Longo, was being sold to support the Stephen Petronio Dance Company, for which the young man danced.

Sherman was a major link for the night: she’s the one who, many years ago, initially introduced both the designer and the artist to Petronio.

“We’re all sort of connected in different ways,” Rodriguez explained. “I’ve known Stephen, and I’ve been a big fan of Stephen’s, for a long time. He’s a quiet fire. One of his big supporters Jill Brienza approached me about doing something together. Robert Longo’s also a great friend and supporter of Stephen’s, so voila! This was the product of all of these great minds coming together. Everybody wants the perfect tote, right?” The bag isn’t Narciso’s first time collaborating with Petronio: He previously designed costumes for Petronio’s Locomotor and Non Locomotor choreography.

“I’ve been very reluctant to do anything like this with my images; media’s always ripping me off, fashion uses it,” Longo explained from behind a pair of rose-tinted glasses. “I thought it would be a nice thing to actually use it as a weapon for good. As an artist I grew up with modern dance and rock and roll, and I know how hard it is for dance and music to find support.”

One-hundred percent of the proceeds from the bag will go to supporting the dance company; with 300 bags being sold for $650 each, they’re looking to potentially raise $195,000.

“I feel like a kid at Christmas,” Petronio enthused. “Doing something together like this makes it all so much more fun than when you’re in the studio by yourself. I’m a collaborator by nature.” Longo let curator Brienza choose the imagery for the bags; it’s no surprise that she chose from the artist’s “Men in the Cities” series — the images exude movement. “I was delighted when she chose from that series. When I was 23, the very first piece of art I bought was a poster of the ‘Men in the Cities.’ I still have it framed on my wall,” Petronio explained. “[Longo] was a little hesitant, but he said, ‘I’ll do it for you.'”