The sun-filled store, which occupies a corner overlooking 76th Street, is the first of two retail units opening this week for the brand. 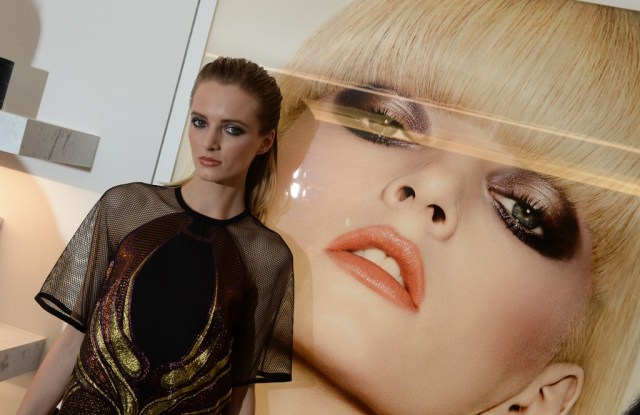 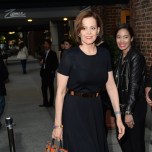 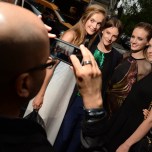 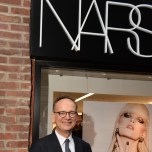 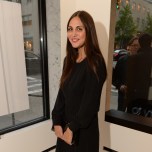 “I live about four blocks away, so this is perfect,” said Jennifer Creel, passing through the new Nars boutique at 971 Madison Ave., which was feted with a cocktail party on Thursday evening. The sun-filled Upper East Side store, which occupies a corner overlooking 76th Street, is the first of two retail units opening this week for the brand — a second will open in Las Vegas on May 25.

“My team is not getting much sleep this week,” said Louis Desazars, the brand’s chief executive officer, who was getting some fresh air on the sidewalk, where the public relations team had set up a step-and-repeat and lounge area. “We just need some air-conditioning. It’s so warm in there. In the whole building, the air-conditioning stopped working right before the party. Perfect timing,” he said. “But we’re very excited. We cannot have a better location in New York. We have Bleecker, we have Prince, we have Madison Avenue. The three best streets in New York.”

A cluster of models — Heather Marks, Mirte Maas, Sara Blomqvist and Daria Strokous, the latter of whom stars in the brand’s new Dual-Intensity Eyeshadow campaign — posed for pictures near the store’s entrance. “It’s amazing,” said Strokous, who, in a rather meta moment, was gazing at a massive image of her face printed on the wall of the boutique. “I didn’t know it was gonna be up already. I was surprised. And there’s a video of me back there, too. It’s pretty incredible. I need to take another selfie.”

Model-like waiters serving Champagne and Ladurée macarons traversed the space, which grew crowded as more guests — Kelly Bensimon, Sabine Heller, Ryan Korban and Sigourney Weaver — trickled in. “I once spent about a week trying to find a certain eye shadow for my teenage daughter, who’s in love with it,” said Weaver. “It was a bright blue and bright green one. Unfortunately, I live further downtown, not in an area that is graced by one of François’ stores.”

Outside the store, an LED marquee screen lit up with various quotes from François Nars. The brand’s founder, in his signature spectacles, was busy catching up with friends. “We open in Vegas, we open in San Francisco, Los Angeles and then London might be the next one, I hope. It’s expanding,” he said with a smile. “It’s a good area, here. There’s The Carlyle Hotel, [and] Diptyque [nearby] …which I love — it’s one of my favorite fragrance stores. And Ladurée is not too far. It’s a good spot. Let’s see. I hope it’s gonna work out.”