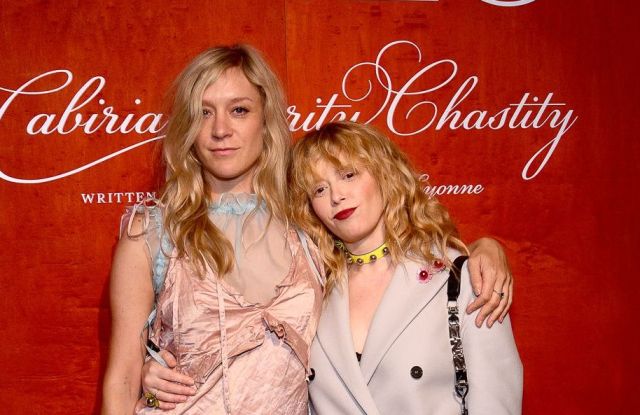 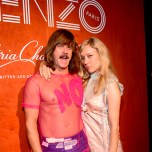 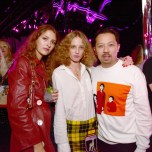 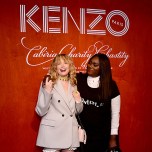 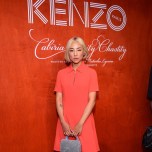 Natasha Lyonne’s directorial debut — a Kenzo short titled “Cabiria, Charity, Chastity” — views as though she “cracked my skull open” and exposed the insides for all to see. It’s a grisly description, yes, and it’s also one that best friend Chloë Sevigny reiterated at the unveiling of the film at Public Arts on Wednesday night.

“It’s a real reflection of her and the inside of her genius mind,” said Sevigny, who has known Lyonne for 20 years. “To see her get back to her creative output within the confines of this fashion film and how she busted it open, I’m so happy for her and Carol [Lim] and Humberto [Leon].” Is it a coincidence that all this talk of “cracking” and “busting” comes right at the end of New York Fashion Week?

The short stars Maya Rudolph, Macaulay Culkin, Greta Lee, James Ransone, Leslie Odom Jr., Lyonne and her beau Fred Armisen. It follows Rudolph’s character’s journey of self-discovery, as she reconciles her past and struggles with being a misfit, all while speaking in a language she apparently made up on the spot.

“It was very specifically categorized as gibberish, so you know, very specific language that takes years to learn,” Lyonne said during a small press gathering — with Lim and Leon — before the Kenzo cocktail party. “Frankly, it was born out of a bit of a mean-spirited, childlike punk impetus of what is a short film? Who’s really watching these? We’re kind of making them ‘cause they look really great and they’re fun as an exercise, but I think part of it was like, ‘What if she just speaks in gibberish the whole time and it will be a made up film in a made up language?’ That freed up this idea of it being too important.”

“Filming was, I like to say, epic insanity,” shared Lee. “Think things like casual questions such as ‘Do you dance?’ and my answer being something like, ‘Sure, I’m a mover,’ and then the next day arriving at dance rehearsals with all of Madonna’s backup dancers. To get thrown into that mix was so terrifying and yet so fun and thrilling and by the end, anytime Natasha tried to talk to me, I’d say, ‘Mom, stop embarrassing me in front of my new friends, OK?’”

Sevigny — who has directed two short films, including one for Miu Miu — said that Lyonne consulted with her throughout the writing and directing process. “She was leaning on me for some advice and of course, she can handle herself,” Sevigny said. “She’s so bright, she’s on it, she loves working. She has one of the greatest work ethics of anybody I know.”

Advice aside, Sevigny gifted Lyonne with a Spike Lee baseball hat that read “24/7 365 I work.” Lyonne wore it proudly on set as her own version of a director’s hat.