Music lovers and socialites alike rallied to give their gowns an airing with just hours to go before the federal government shutdown. 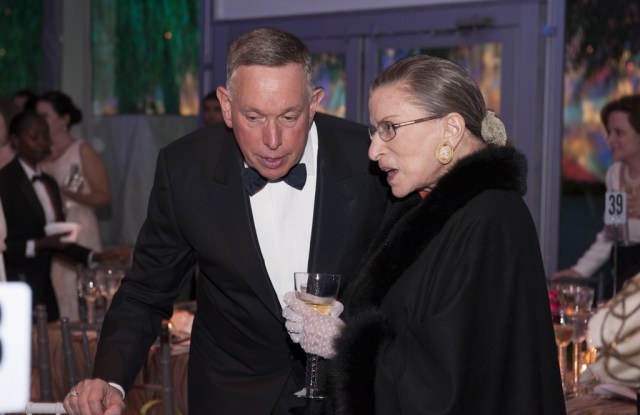 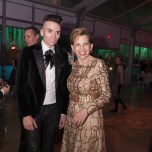 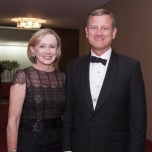 Washington’s National Symphony Orchestra’s opening season ball rallied music lovers and socialites alike to give their gowns an airing with just hours to go before the federal government shutdown. With few members of Congress or White House policy makers in sight, the party relied on the supersocial Supreme Court to put political muscle into its $1.3 million fund-raiser.

As the court prepared to get back in session next week, the nation’s leading jurists didn’t disappoint. Led by Chief Justice John Roberts, along with Justices Anthony Kennedy and Ruth Bader Ginsburg, the judicial branch snagged top billing at the event. Roberts, like everyone else at the gala, was dazzled by cellist Yo-Yo Ma’s haunting encore in response to a standing ovation from the packed hall. “I went backstage to ask him what it was,” said the chief justice, adding, “My wife and I went to Cape Breton, and the music reminded me of that. He said it’s called ‘Appalachia Waltz,’” said Roberts, referring to the composition by Mark O’Connor.

The court’s star power in the specter of a government shutdown was not lost on Kennedy Center chairman David Rubenstein, who challenged the 540 members of Congress to consider music therapy as a way to get along. Even former Supreme Court justices earned praise: Bonnie McElveen-Hunter raved about the fly-fishing trip she just went on with retired Justice Sandra Day O’Connor. McElveen-Hunter later danced with Cameron Carpenter, the first organist ever nominated for a Grammy for a solo album, whose own encore (his interpretation of a Bach étude) ended the gala with a flash of footwear fantasy. “I had them custom-made in Hong Kong,” he said of his shoes, aimed at highlighting his footwork on the organ’s pedals. So what accounts for the dazzle? “The Swarovski crystals,” said Carpenter with a flounce of his three-inch-high Mohawk hairdo.

One of the few members of Congress on hand, Rep. Ed Royce (R., Calif.), chairman of the House Foreign Relations Committee, insisted he didn’t expect a government shutdown to put a damper on Washington’s fall social season. “Events like this won’t be hurt because they depend mostly on private funds,” said Royce.

Turned out he was wrong. The National Gallery canceled its Wednesday reception to launch the show entitled “Heaven and Earth: Art of Byzantium from Greek Collections,” leaving the entire Greek delegation in town with nothing on their schedule.