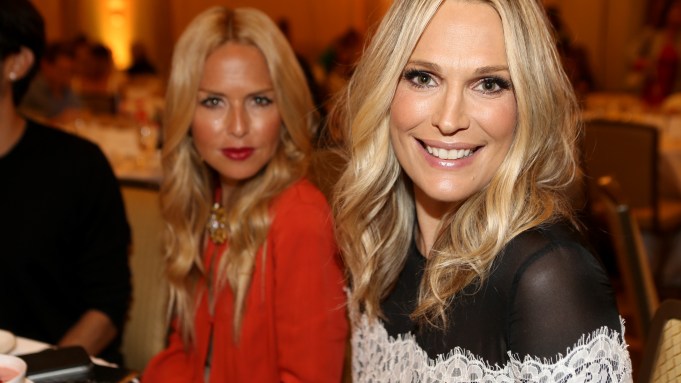 During her speech, Ko, creator of NYX Cosmetics and Perverse Sunglasses, addressed her frustration by listing the museums that are already up and running saying, “there’s even a museum for mustard, toilet seats, potatoes and bananas.”

While a handful of audience members made pledges amounting to $20,000 on the spot, Ross riffed, “We’re making this museum happen. Did you fill out your cards? I mean come on. Bananas? It’s bananas there’s no women’s museum. Please.”

On her Emmy nomination, which marks the first time in 30 years that an African-American was up for Outstanding Leading Actress in a comedy, the “Black-ish” star said, “I will say that I’ve certainly given many acceptance speeches into a mirror in my life. I’ve been practicing for quite some time. I’ve had some time in the car, in the hotel rooms, in the little mirror that has that little light on it, in the shower with no mirror. But, the effort I put into my work, the sheer pride that I put into my work does not need an Emmy. It just wants one.”

Ross commented that as much as she wants to win she’s as excited about expanding the perception of women saying, “What we see in the media does not fully represent who black women are being in the world. The convergence of race and gender cannot be ignored. This requires everyone to get uncomfortable and everyone to notice what’s missing and be able to speak up and get involved. Side-note, where are the Asians, the Middle Easterners, Latinos? I’m just curious.”

When Zoe took the stage she shared her appreciation for both sexes and urged the room to do their part in making a change. “I never want to be that woman who said bad things about men because I love men, too, and have two little boys,” she commented. “The most important thing that we can do as women is teach our children, if they’re boys, how to respect women and each other. As for the young girls out there, teach them how to be fearless and tell them that they can do anything they want to do. Overall domination. Why not?”