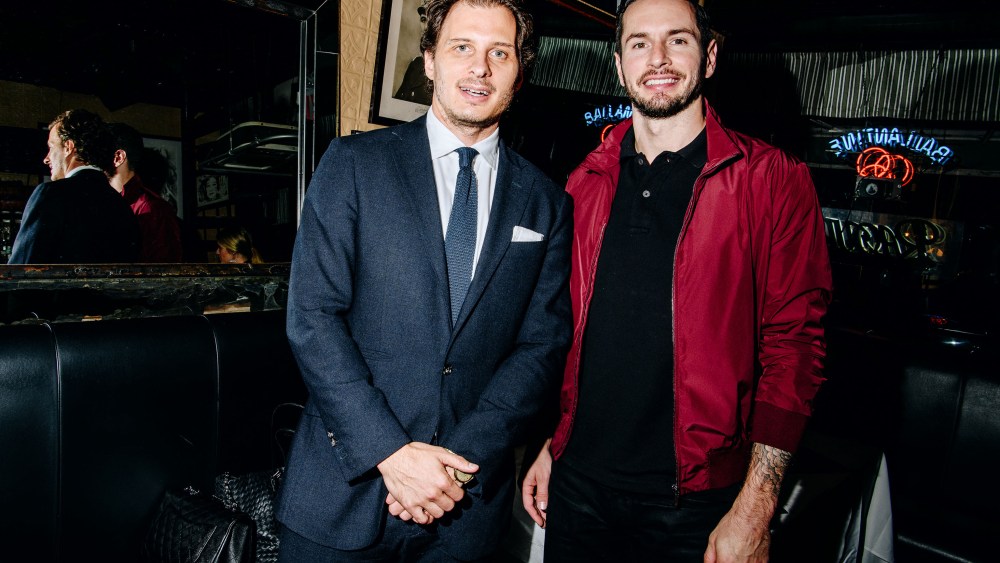 Don’t expect JJ Redick to cajole his Philadelphia 76ers teammates into pulling a LeBron James — teaming with a fashion designer to create lookalike outfits for them to wear for their arrival at the arena.

Although he likes to dress stylishly, “I’m not trying to be attention seeking,” he said. “When I come to the arena, my mind is on basketball, not thinking I’m walking a runway.”

So instead of a shrunken suit from Thom Browne that James arranged for his Cleveland Cavaliers teammates to wear during the NBA Finals in June, Redick is more likely to be seen in jeans, a white or black T-shirt and Chelsea boots.

That being said, the basketball star admits that for the past 12 or 13 years he’s been interested in fashion and looking good. “I’m not into trends, but more enduring classics and styles,” he said. And his favorite designers? Brunello Cucinelli, Ami, Officine General, Rag & Bone and Common Project sneakers.

Redick was in New York to help welcome Chris Wallace, Mr Porter’s new U.S. editor, to the company at a dinner hosted by the company at Raoul’s in SoHo Tuesday night.

Wallace wrote a feature on Redick in a recent issue of the Mr Porter Journal, so the athlete returned the favor by stopping by for cocktails at the event.

Although Wallace joined Mr Porter at the end of April, Jeremy Langmead, brand and content director, said he wanted to give the former Interview executive editor some time to get his feet wet before introducing him to the New York media and influencer crowd.

“We thought we’d let him get used to how everything works first,” he said. And he’s fitting in just fine, Langmead said. “He’s really nice, really good and really handsome — I’m still looking for a flaw,” he said. In addition, the Los Angeles-raised editor also has “that whole laid-back West Coast” vibe, which is more important than ever as the California fashion scene continues to gain importance.

But it’s not just California that is important to Mr Porter.

“The U.S. is our biggest market and so much of what we buy comes from here,” said the U.K.-based Langmead, adding that Mr Porter counts 1.5 million users each month from America. So having an editor with a keen eye in the market is essential to the site’s success.

Wallace said that while working for Mr Porter is different than some of his other jobs at magazines, he’s embraced the opportunity to “construct stories” for the site that blend words and fashion. His most recent piece just wrapped up in L.A. and revolves around street and skate culture and “how people live right now,” he said.

In addition to Redick and the Mr Porter team, the evening also drew execs from brands such as Jean Shop and Engineered Garments, editors such as Esquire’s Nick Sullivan and architect Rafael de Cárdenas.