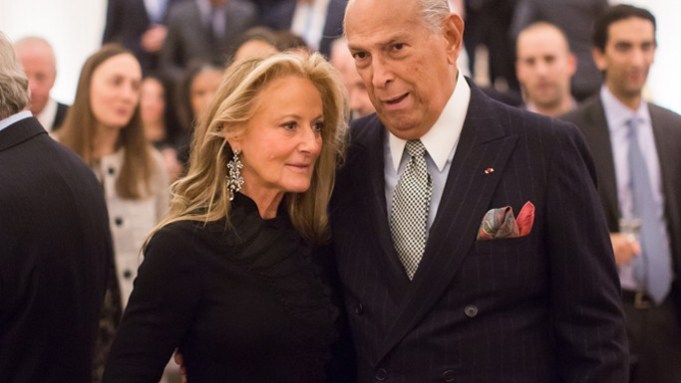 “We are honoring Hamilton, that’s why we’re all here,” said Diane von Furstenberg, who, with husband Barry Diller, Aby and Samantha Rosen, Starwood Capital Group’s Barry Sternlicht and Abernathy MacGregor’s James Abernathy cochaired the event. “Hamilton always helps, does everything for everyone else. Tonight is about showing that we support everything he is involved in,” von Furstenberg added.

As Aby Rosen put it, “Hamilton is doing this because he really cares about it.”

In fact, speakers at the event agreed that the executive was initially reluctant to be in the spotlight and accept the award.

South took the attention in stride, and his sense of humor came across in his remarks. “A friend of mine, at the beginning of the dinner, came up to me and said, ‘What the hell is with this crowd.’ I said, ‘I don’t understand.’ He said, ‘It’s really square. I came because I thought you were being honored by the NCAA.’”

On a more serious note, the organization has much personal meaning. “Many of my closest friends are in recovery and I watched my youngest brother’s lifelong struggle with alcohol and substance abuse end with him dying of a drug overdose at age 37,” South said. “My brother Tom was an extraordinary guy who had access to every conceivable program and to all manner of education…for him none of it seemed to work. It’s a very difficult disease to understand. In fact, it’s often hard to get people to understand that it’s a disease at all.”

He garnered laughs when he thanked his friends for all the support. “I know these nights are tedious and expensive,” he said. “I actually said ‘horrible and expensive’ and a friend of mine told me you can’t say these nights are horrible. I appreciate all of you making the effort to come. I hope that all of you that came tonight feel that your generosity was well-placed.”