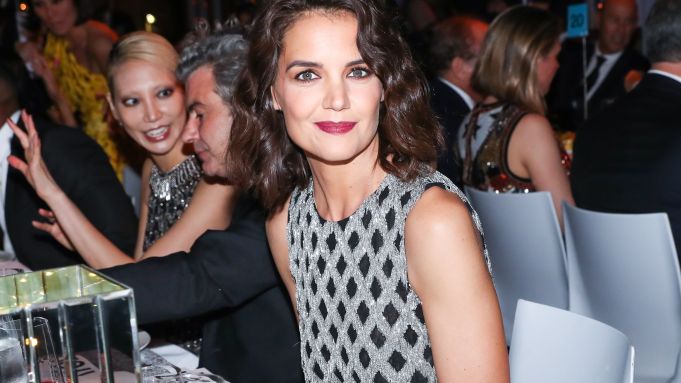 Since its move downtown in 2015, the Whitney Museum has gained the reputation of throwing a good party. Fall’s big event, the Art Party, competed this year with the Biennial celebration in March, and the springtime benefit, the Studio Party and gala — which was a decidedly more grown-up and sexy affair than in previous years. It’s safe to say the Whitney is finding its downtown footing just fine.

“We are neighbors of the Whitney — we live in the West Village — so we love the Whitney,” said David Lauren while making his way to his dinner seat. “It’s a wonderful neighborhood crowd. My wife and I have come through and explored the museum in the morning, like on a Saturday morning when they do tours where you can bring your baby carriage. And so a lot of people who live in the neighborhood come together and have an opportunity to get to know each other. It unifies communities.”

As the night slipped from the formal gala into the after party, the museum opened up in a fun home of surprises, where each floor revealed an utterly unique scene complete with its own choice of alcohol. Partygoers rode between floors in a freight elevator which housed a tequila bar, giving the option for shots while in transit. On the sixth floor, where an intimate one-man musical performance captured a select audience, mops were deployed to control the overspill of Champagne, as the younger crowd attempted to puncture their miniature bottles with straws. And outside on the terrace of the eight floor, beer brewed by one of the Biennial artists John Riepenhoff was served.

Perhaps no one was enjoying themselves more than first-time galagoer Wek, who clapped along merrily through dinner and later spoke about art with a passion reserved for artists — fitting, being that she is one.

“I went to major in art and history, before I was discovered as a model. Art is very close to my heart — I’m getting back into painting. I’m doing watercolors and oil paintings — portraits. I did one of my dad that’s really cool,” she said. “When I was up there I had so much fun — and I love what the Whitney brings, because it’s not just the colors and the art, but also you can video tape and tell a story and I always felt it was art but it was beautiful that they can show that. Can I show you some pictures?”

She then unlocked her phone to swipe through a mini photo shoot she’d had upstairs posing in the various cinematic rooms, sprawled on the benches. “My feet were hurting so I put my feet up! So he took that,” she explained, motioning to her bodyguard next to her.

“Art is the way forward — if you can educate the new generation to appreciate art, art can evoke so much from us,” she continued. “It can help us excel in art, science — it’s very pivotal, in so many areas. Growing up in South Sudan, my dad always reinforced that in me. I’m one of nine, and I didn’t understand that. But now as a grown woman, I understand. It basically teaches you how to feel, and how to be — not with yourself, but with others.”

As she swiped through, she went one too far, landing on a photo of her passport. “My American passport,” she said. “I just became an American citizen.”

Tiffany & Co. Collab With Whitney Biennial Artists ‘Shines a Light on the Next Generation’