Neil deGrasse Tyson Turns Up at ‘The Martian’ Screening 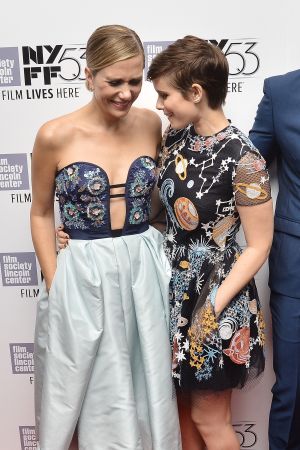 On Sunday night, while much of the city was outside getting a glimpse of the ‘blood moon’ overtaking the sky, Lincoln Center was all about the red planet: Mars. The cast of Ridley Scott’s space drama “The Martian” gathered in Alice Tully Hall to showcase their film on the second night of the New York Film Festival.

Starring Matt Damon and Jessica Chastain, “The Martian” tells the story of a NASA astronaut who is left behind on Mars and must find a way to survive and make contact for rescue.

Unlike Scott’s best well-known sci-fi movies — “Blade Runner,” “Alien,” and its prequel “Prometheus” — his latest doesn’t set out to scare audiences, something that took even the filmmaker by surprise.

“My screenwriter, Drew Goddard, said to me, ‘It’s a poem to science, or a love letter to science,’” Scott said while introducing the film. “I’ve managed to make a film that comes up to that rather beautiful statement, so I hope you enjoy.”

Besides the cast — Sebastian Stan, Kristen Wiig, Kate Mara, Chiwetel Ejiofor and Mackenzie Davis — the screening also drew a couple of surprise appearances. For one, there was Usher.

But Davis, who plays Mindy Park — the NASA employee who discovers Damon’s character has been stranded — wasn’t as excited by the singer as she was by a famous astrophysicist who turned up with his family in tow.

“I’m going to try and take a selfie with Neil deGrasse Tyson behind us,” she said, before angling her phone for a stealthy shot.