Nelly Furtado Kicks off NYFW at The Standard

The parties got underway Wednesday night at the Top of the Standard, where Nelly Furtado performed. 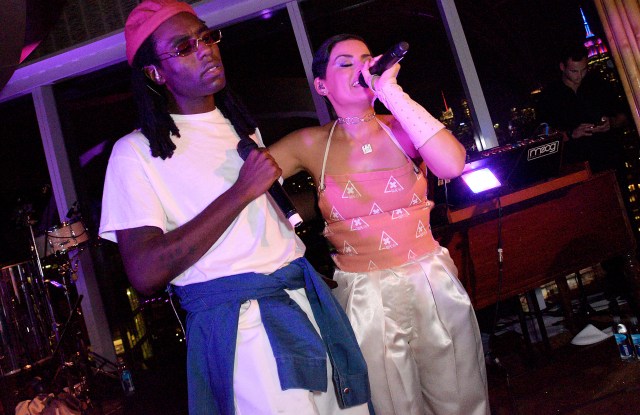 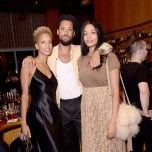 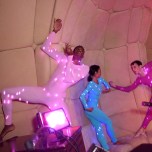 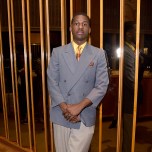 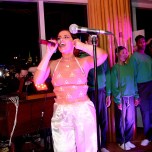 “A room full of Nelly Furtado fans — when was the last time that happened?” asked a bemused guest Wednesday night as he wandered into the Top of the Standard. Furtado, a radio mainstay of the mid-Aughts, was a surprising musical guest for invitees given her recent absence from mainstream music. But once she took the stage to plug her upcoming album, expected in March 2017, the mini-concert made a bit more sense.

Thursday might be the first official day of New York Fashion Week, but more and more events, parties and shows have spilled over to Wednesday — earlier in the day both Couture Council and W Magazine hosted luncheons, followed by Yeezy and Tom Ford‘s collections and the reopening of Cartier flagship. At the end of the day, the fashion crowd was not tuckered out yet, and a little Furtado throwback was apparently in order.

As Dev Hynes took the stage to join Furtado in song, Leon Bridges and Ellie Bamber made their way downtown over from the Tom Ford bash. Peter Brant Jr., apparently undeterred by recent legal troubles, made the rounds, as did Aurora James and Carly Cushnie.

Standing by the bar, a trio of young women attempted to one-up each other with comparisons of their Yeezy Instagrams from earlier in the day.

Furtado chose the occasion to debut new music of a slower variety, for which the crowd had zero patience — the night before fashion week, it seems, was reserved for dancing. Several made their way over to Provocateur, where VFiles was throwing a more raucous late party — complete with dancing on tables.

As one guest headed for the elevators at the Standard after 1 a.m., she surveyed the scene and deemed it, “just like graduation.”