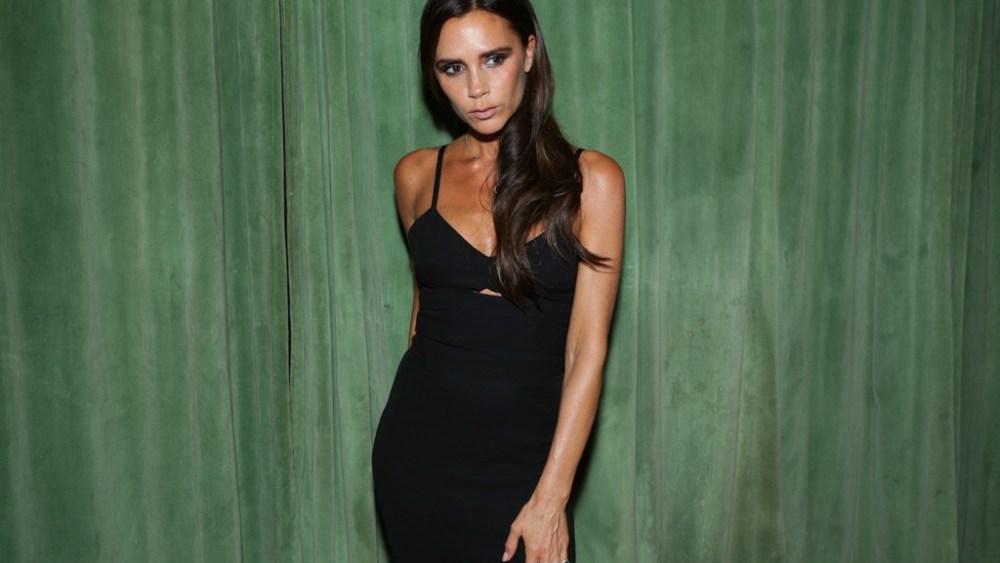 Victoria Beckham is not your average woman. She’s married to David Beckham. She’s had a hairstyle named after her. And, yes, there was that whole Spice Girls thing.

But even Beckham is not immune to the dangerous lure of online shopping. “I buy everything,” she said. “It’s great because when it arrives, it’s like a present. You have to remind yourself, ‘I have just bought that. It’s not exactly a present.’”

Beckham was at a dinner in her honor Monday night at Manhattan’s Bowery Hotel thrown by Net-a-porter, which carries both of the designer’s lines, her signature collection as well as Victoria Victoria Beckham.

The dinner also coincidentally served as a birthday party for Net-a-porter, which turned 14. Founder Natalie Massenet recalled the first time she met Beckham — then still going by her maiden name, Adams — on set for a fashion editorial in 2002. “She had just gone on a date with a young footballer named David Beckham.”

“I promised Victoria lots of drinking and merry-making, so please do not behave yourselves tonight,” she said before Beckham chimed in: “We have to have a lot to drink and dance a lot….Then maybe I’ll get back on the mic.” A crowd of cheers was followed by a slightly more dignified version of a group chug. Massenet and Beckham even arranged for a round of tequila shots to be brought out after the main course. Alas, Beckham passed hers down to Simmons, who eagerly lapped it up. Beckham still had to get her children ready for school the next day. And then there was that World Cup business, surely must-watch television in the Beckham household?

“They are definitely gearing up for it,” she said of her brood. “The paraphernalia is building.”