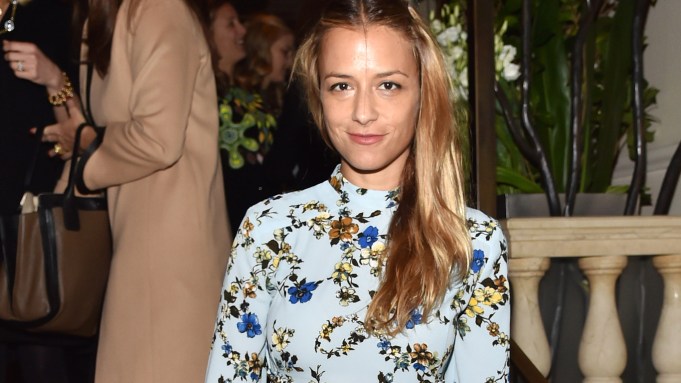 On Tuesday afternoon, supporters of The Society of Memorial Sloan Kettering made their way to Daniel for the annual Winter Lunch. “They don’t even open for lunch, they just do this for us,” said Lavinia Branca Snyder, president of The Society, of the restaurant. “And it’s totally sold out today.”

The luncheon, typically hosted by a fashion company, was sponsored this year by luxury e-tailer Net-a-porter, on the heels of Roger Vivier last winter. “With the Net-a-porter brand, we cover a big demographic,” Snyder continued.

The crowd including Cynthia Nixon, Patricia Herrera Lansing, Aerin Lauder, Sofia Sanchez Barrenechea, Kara Ross and Jamee Gregory donned their newest Net-a-porter purchases for salads and salmon, amongst members of both The Society’s younger board, the associates and their general board.

“Every time The Society asks their board members and their associates to step up, they step up,” Snyder said of the lunch, which this year was co-chaired by Shoshanna Gruss, Meredith Melling, Claudia Overstrom, and Virginia Wettlaufer Tomenson.

This year’s Winter Lunch paid special focus to the new Pediatric Pain and Palliative Care Initiative. “Over the past seven months, we’ve been able to help over 200 children and their families live with cancer, by reducing pain and suffering associated with their disease and its treatment,” said Dr. R. Scott Dingeman, a pediatric anesthesiologist, and the director of the Pediatric Pain and Palliative Care Initiative. “Those children who have not survived have passed comfortably and with dignity.”

“I don’t think anyone can fail to see why we would be involved in something like this,” said Sarah Rutson, vice president of global buying for Net-a-porter. “Look at these women; they’re powerful women, they’re beautiful women, but they’re all doing a part to alleviate and make things better where we can. It’s not meaningless.”

Cast in point: for the past month, Net-a-porter has been donating 20 percent of sales to The Society of Memorial Sloan Kettering.