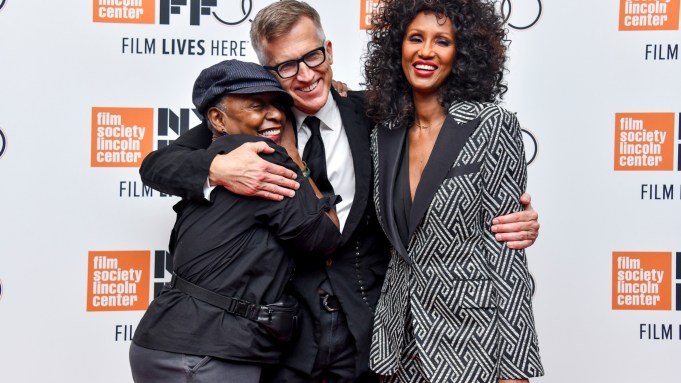 On Thursday evening in New York, friends, family and members of the fashion crowd gathered at the Lincoln Center Theater to watch a new film about the legendary photographer and style historian — their comrade Bill Cunningham.

“The Times of Bill Cunningham,” by director Mark Bozek and narrated by Sarah Jessica Parker, features an interview Bozek conducted with Cunningham in 1994 — one the photographer insisted would only take “10 minutes” but ended up going for hours. Bozek had been sitting on the footage for years, until he got in touch with Cunningham’s niece Trish Simonson. He traveled to Orangeburg, N.Y., to the Holiday Inn there, where he showed Simonson the interview via his laptop.

“Trish didn’t know [about her uncle’s involvement in] this fashion world at all. Bill kept his family completely separate from it. When they asked him his life, he sort of didn’t talk about it,” Bozek explained. “When I showed her the film, she heard her uncle like she’s never heard him talk in her life. She was really emotional, and so was I.

“And I thought, gosh, if that’s the first step, she would then bless it.”

Bless it she did. She gave Bozek access to Cunningham’s archives — a treasure trove of photographs, letters and negatives that provided context for the stories the photographer verbally shared with Bozek during the interview.

“I had his words, and he told me his whole life, but getting access to the pictures was game-changing,” Bozek said, adding that he found many other surprises in the archives — including pictures of the very first Pride Parade, which Cunningham covered every year thereafter and never published.

Iman attended the screening, along with Susan Rockefeller — one of the executive producers of the movie — the designer Stephen Burrows, Pat Cleveland and stylist Freddie Leiba. For the after party, they trooped over to Shun Lee restaurant down the street, where they traded memories and stories about Bill while eating dim sum and drinking wine.

“He was very respectful of everybody,” Iman said. “He asked you — he didn’t just get in your face. He was not interested in you posing, he wanted to capture the essence of you. That’s why he was so good at capturing street fashion. Whether you were a socialite, or a club kid — it was the same ground. Because ultimately, it was about style.”

A friend and muse of Cunningham’s, the author Tziporah Salamon, agreed with Iman’s sentiments.

“I saw Bill often, a few times a week, on the avenue. We were both bikers,” she explained. “Often he would come up to me and say, ‘I love your shoes!’ And I would say, ‘Bill, it’s me!’ He would be so focused on what you were wearing he wouldn’t recognize your face. He was very democratic in that way.”

“He called us the kids,” Burrows recalled. “Me and my friends that were in my group. Every time we’d see him out: ‘Hi, kids!’”

In the movie, Cunningham identifies “The Battle of Versailles” fashion show from 1973, out of thousands of runways, as one of the best he’s ever seen. Did Burrows know it had that kind of effect on him?

“No! I knew he was there, but I didn’t know he felt that way,” he said. “That was really momentous.”

Some of Bill’s friends from way back were among the best-dressed at Shun Lee. They really showed out, wearing leopard print, embellished hats and mohawks. The handle of one woman’s purse was fashioned out of an old telephone.

Iman summed it up: “All he cared about were the clothes.”