New Ken Kesey Documentary Gets Premiere 47 Years in the Making

The premiere of the documentary “Magic Trip: Ken Kesey’s Search for a Kool Place” was a long time coming. 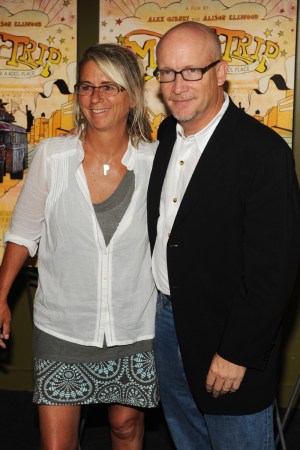 The premiere of the documentary “Magic Trip: Ken Kesey’s Search for a Kool Place,” which makes use of footage originally shot by Kesey and his band of Merry Pranksters as they traveled across America in a hand painted school bus, was a long time coming. So long, in fact, that Alex Gibney, one of the film’s two directors, was forced to do some math at the unveiling on Tuesday night at Landmark Sunshine Cinema.

“This has been waiting since 1964!” Gibney exclaimed to WWD. “I don’t even know how long that is. Forty-seven years. We picked up the trail late in the game. We heard that the Merry Pranksters had all this footage locked away somewhere, and we thought ‘Oh my God, really?!’ And so we set upon it, and lovingly restored it as best we could, even though the sound recordings and the film hardly ever matched up…and half of it was shot on reversal film which the Pranksters had cut themselves… so that was kind of a nightmare. But we finished it our way.”

The psychedelic-saturated picture swirled and rioted through the cinema, occasionally breaking narrative to communicate Kesey’s first brush with LSD (at the hands of a Stanford medical professional as part of a series of experiments the university was doing with the drug) and subsequent conversation with a tape recorder as well as one of the Merry Pranksters communing with lake algae in the middle of the Arizona desert.

Genevieve Jones also turned out for the subsequent afterparty at the Vault at Pfaff’s, and shrugged off the film’s content.

“I guess I know what it feels like to be on acid now?” Jones said with a grin.