The museum’s Next Generation party on Wednesday night recognized emerging artists and raised funds for the museum. 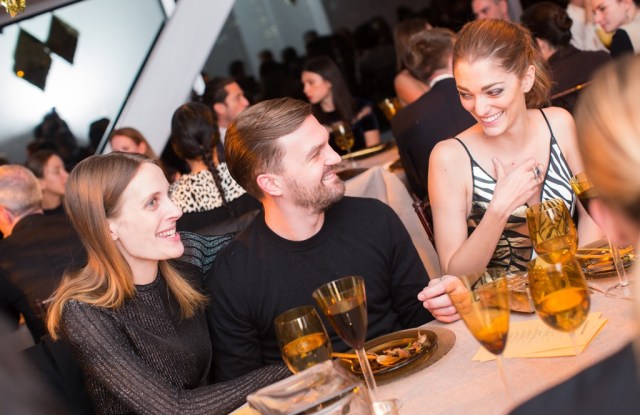 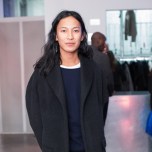 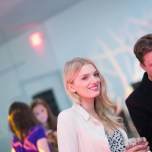 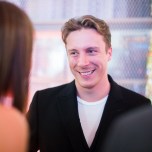 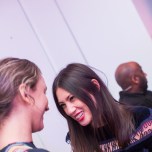 “I actually have to confess that I hate Cyprien Gaillard,” said Massimiliano Gioni, the New Museum’s associate director, director of exhibitions and one of the hosts of the museum’s Next Generation party, which was unfolding during a cocktail hour in the museum’s lobby on Wednesday night. Gaillard, along with artist Lynette Yiadom-Boakye, was being honored at the bash, which recognizes New York’s next generation of artists and raises funds for the museum.

“[Gaillard] made me feel old when I was 34,” Gioni continued. “When I saw his video that I can’t pronounce, ‘Desniansky Raion,’ in 2007, it was one of those seismic shifts where I knew a major talent had emerged. He proved not only to be much younger than me, but also much smarter than me.”

Gaillard himself entered the museum with girlfriend Lily Donaldson, who was seemingly camera-shy. Alexander Wang, Sofía Sanchez Barrenechea, Fabiola Beracasa, Vanessa Traina Snow and Max Snow rounded out the room, which had been decked out in gold tassels.

Wang lunged for a tray of dumplings. “I’ve been trying to track her down,” he said of the waitress. The designer, embodying his intangibly cool aesthetic in an oversize trenchcoat and Nike trainers, revealed he would not be hosting a Thanksgiving dinner at his home. “It’s a luxury to be able to not do anything. So finally, I’m not doing anything,” he said.

Did that mean he wasn’t much of a chef? “My refrigerator’s empty, but my drawer of delivery menus is chock-full. Hence, no cooking.”

Upstairs, guests had started to take their dinner seats at the museum’s seventh-floor Sky Room for an autumnal feast heavy on root vegetables. Jeanette Hayes and Kembra Pfahler took iPhone pictures of each other and of themselves near seatmates Vladimir Restoin Roitfeld and Jen Brill.

Gioni regaled the crowd with another anecdote about Gaillard. “I had the pleasure of working with Cyprien on a large project in Milan at the Nicola Trussardi Foundation,” he said. “The president of the foundation, after meeting Cyprien, was impressed not only by his art but also by his looks. And so she asked him if he would model for the company. Cyprien was very kind, he said he was flattered, but then politely declined, saying he wanted to be a good artist, but not a cool artist. For this reason, I think we’re all very happy to honor him tonight, because he keeps being a very, very good artist — but also a cool one.”