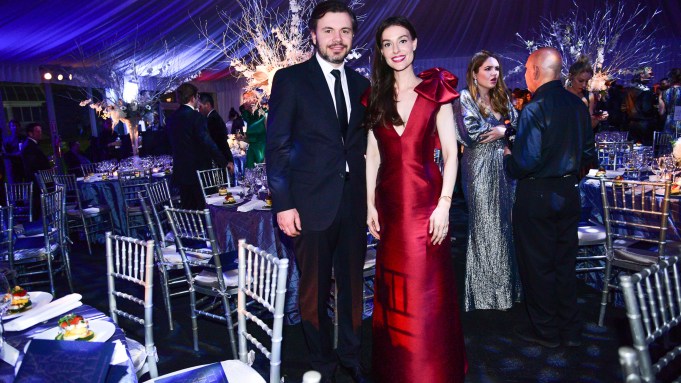 Shrouded by the palm fronds and exotic plants inside the Enid A. Haupt Conservatory at the New York Botanical Garden in the Bronx, guests gathered for cocktails and dinner at the Winter Wonderland Ball Friday night.

The annual event — put on by NYBG and sponsored by Bottega Veneta, with proceeds going to the Children’s Education Program — drew a notably younger crowd this year. Some who attended the party for multiple years in a row noticed the more youthful group assembled during cocktail hour. These were the sons and daughters of legacy families involved in fund-raising for the organization for decades. They’d been invited this evening to get familiar with the Botanical Garden and its cause, and conceivably, to get involved like their parents. Eventually, the garden hopes, they will grow to become the chairs and organizers of future events like this, preserving their record of philanthropy.

One mainstay at the Winter Wonderland Ball was Ariana Rockefeller. She’s been a cochair of the gala for four years, and has a particularly robust filial history with the Botanical Gardens.

“My family history with the garden is quite long and I’m proud to continue the tradition,” she said. “My family’s been involved since my grandparents’ [time]. My grandfather named the rose garden for my grandmother here.”

“Suck it in! Suck it in!” One guest instructed her friend wearing a bandage dress before snapping a picture. The elaborate, signature train set for which the party is known ran through multiple rooms, passing miniature representations of New York landmarks grouped together by neighborhood.

Bottega Veneta invited “Wind River” and “Yellowstone” actress Kelsey Asbille to the Ball. This was her first time at the gardens — she’d recently returned home to Brooklyn after wrapping filming season two of “Yellowstone” in Montana and Utah. She hopes in her next role to work on a fantasy film.

“I think that would be really fun,” she said. “Even if it’s sci-fi — just something out of this world.”

The Shib Sibs to Take Fashion Learnings to the Ice

In ‘Vox Lux,’ Director Brady Corbet Subverts the Tropes of a Moral Tale