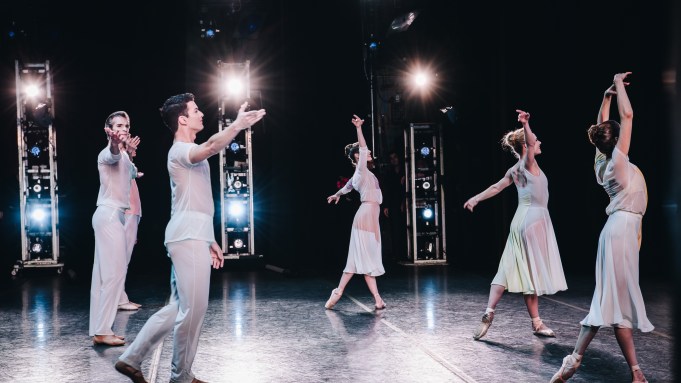 The New York City Ballet held its annual spring gala on Thursday evening — the first to be presided over by a new leadership administration.

In late February, Jonathan Stafford and Wendy Whelan — both former principal dancers at the company — were named as artistic director and associate artistic director, respectively. Stafford had been serving as interim director since June 2018, when his predecessor Peter Martins resigned amid allegations of abuse, following a 35-year run at the head of the historical troupe.

This passing of the baton — only the third such change in City Ballet’s 71-year history — was embroiled in scandals relating to male dancers’ and administrations’ conduct. Thus, the company — known in recent years for its flashy artist and fashion design collaboration — appears to be taking a quiet moment to reassess. Its gala last night was not attended by celebrities and the company has no imminent plans for an international tour.

In the weeks since their appointment, Stafford and Whelan have been outlining plans to modernize the company. As previously outlined to WWD, Stafford intends to implement new protocols to ensure that the City Ballet-affiliated School of American Ballet becomes increasingly diverse, thus providing the company with a class of dancers that better reflects the outside world. Whelan, the company’s first female director, hopes to make City Ballet a sanctuary for female choreographers and reverse years of patriarchal rule.

The duo will place a concerted focus on evolving the company’s programming to attract younger audiences. “It’s super important for the future of the art form,” Stafford said. “It’s all about programming, about bringing in fresh commissions, maybe with New York City artists that have a local following or getting it out to them by using digital media,” he added.

In the last five years, social media has provided Millennials with a window into ballet’s backstage — inciting a revived interest in the art form.

“I think they have sort of a ‘ballet boom’ happening,” Whelan said. “It’s happening in a different way than the Seventies and Eighties. Back then it was sort of a star culture, a distinctive ‘we do ballet’ culture. Now we are integrating more styles of dance, we’re more communicative, more welcoming — the hierarchy is slowly becoming more generous to other dance forms.”

Stafford and Peck will work closely with resident choreographer and newly minted artistic adviser Justin Peck to isolate potential collaborations that explore other dance genres. Peck was the mastermind behind commissioning modernist choreographer Kyle Abraham for “The Runaway,” a piece largely set to music by Kanye West that premiered in September.

“When Kyle’s ballet goes, the audience looks different,” Stafford said of Millennial interest. “We just have to keep along that vein and trust it, and take those chances — I really think people will come.”