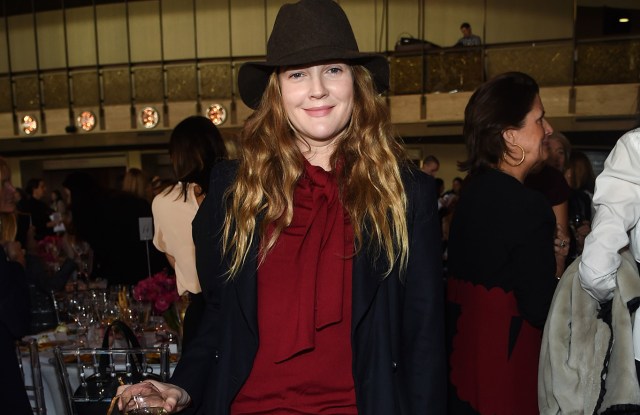 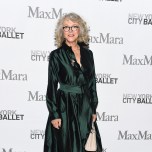 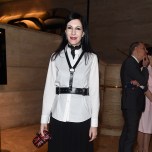 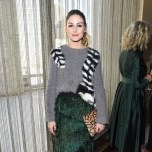 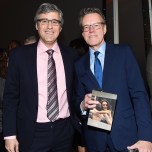 On Tuesday afternoon during New York Fashion Week, ladies packed into Lincoln Center. It wasn’t a mistake — the former official NYFW show venue was playing host to New York City Ballet’s annual luncheon, this year themed “The Ties That Bind” as a nod to Valentine’s Day, specifically the love of families. Several sibling pairs within the company, and four new mothers, were brought onstage prior to lunch for a panel discussion led by board member Donya Bommer, followed by four partnered performances.

Jill Kargman, whose mother is an alum of the School of American Ballet, has herself been a longtime supporter of dance. “We came on Saturday with my nieces, her kids — her kids went and sat through ‘Sleeping Beauty,'” she said, motioning to seatmate and buddy Drew Barrymore. “Three hours of ballet at age two and four. I love it here, it’s my most frequented building in Lincoln Center.” “It” being David H. Koch Theater.

“I still call it New York State Theater, though. I refuse to call it David Koch Theater,” she added, referring to the industrialist’s sizable 2008 contribution of $100 million to the building, which was renovated in recent years. Although Koch wasn’t present at the lunch, his wife Julia was seated across the room. “He didn’t put his wife’s name on it, which is so weird,” Kargman added. “It’s always like supposed to be the ‘Arnold and Marie Schwartz whatever.'”

The lunch was underwritten by Max Mara and Temple St. Clair Fine Jewelry. “I’m very proud that my company is supporting performing arts and artists,” said Maria Giulia Maramotti of Max Mara. “I think dancing is a very huge form of art, even more so with contemporary choreography. The last piece was incredible,” she continued, referencing Justin Peck’s “The Times are Racing” choreography, which was inspired by the arcade game “Dance Dance Revolution.” “A little ‘West Side Story, I thought,” Maramotti added.