International Debutantes Ball at the Waldorf-Astoria a Night of Revelry 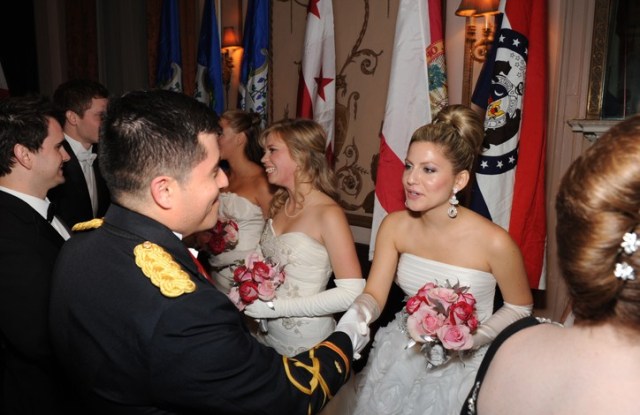 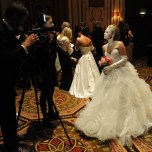 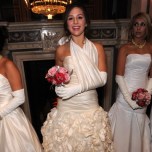 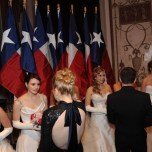 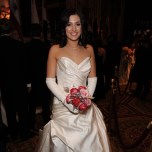 Late Wednesday night, Ivan Obolensky, chairman and chief executive officer of the Soldiers’, Sailors’, Coast Guard and Airmen’s Club, stood at a lectern in the ballroom of the Waldorf-Astoria, relishing his duty for the evening: directing the launch of well-heeled young ladies into “international society” at the 56th International Debutantes Ball.

This story first appeared in the January 3, 2011 issue of WWD. Subscribe Today.

Not one of the white-tie-clad guests rose from their tables at the command, though the master of ceremonies’ remark had been surely aimed at debutante Hadley Nagel, who, as a recent press blitz has made abundantly clear, traces her lineage to two signers. The ambitious and media friendly Johns Hopkins sophomore sported the same cream-colored dress that her mother, Susan Nagel (branded her “de facto publicist” by The New York Times), had worn to her own debut. The younger Nagel, who seemed a bit tired and startled by the whole affair, preferred not to discuss plans for her own future, but did speak freely of her crusade for further recognition of founding father James Madison. She explained that she chose the International Ball (by far the most expensive and pageantlike of the New York season) for the wealth of diversity and exposure to other cultures. Unfortunately, this season saw only a debutante from England and one from Sweden; winter weather had waylaid scheduled attendees from France and Scotland.

Enthusiastically calling out countries and states in the manner of a sports announcer, Obolensky introduced the 28 societal entrées, ranging in age from 17 to 21, while friends, family and well-wishers dined on three courses and indulged in an abundance of liquor. It was unwise for guests to leave their allotted Champagne bottles unattended for long, as a few escorts purloined several from neighboring tables.

Military cadets in full-dress uniform bore flags from the debutantes’ country or state, marching through the ballroom to the echoing strains of the Lester Lanin Orchestra, who played the Beach Boys’ “California Girls” for a debutante from the Golden State, and “Yankee Doodle” for one from Connecticut. Ten beaming belles from Texas stole the show with the famed “Texas dip”: a gravity-defying version of a curtsy that garnered no shortage of whoops of applause from the crowd.

“Thank God for Texas industries,” laughed Margaret Hedberg, the ball’s director and general chairman. “They do everything big. They make it so much fun.”

Indeed, one would be forgiven for thinking they had wandered south of the Mason-Dixon Line at the Waldorf, as the four New York debutantes present were easily outnumbered by 18 of their Southern contemporaries, who hailed from Alabama, Arkansas, Florida, Missouri and Tennessee.

Out-of-towners aside, the ball was rather indistinguishable from its New York counterparts: Revelers shimmied on the dance floor to orchestral renditions of pop songs until 2 a.m., while red-faced escorts bummed cigarettes by the side-entrance, soliciting partygoers back to nearby hotel suites for “the after party.”

“I’m having a great time,” one flag-bearing cadet said with a sheepish grin. “I’ve never been to the Waldorf before. It’s nice. My dad’s a cop.…I never thought I’d be doing something like this.”