To mark the occasion, the center tapped Ian Alteveer, associate curator in the Department of Modern and Contemporary Art at the Metropolitan Museum of Art. 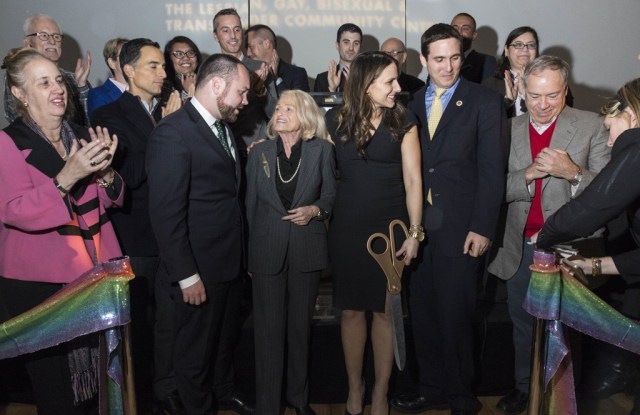 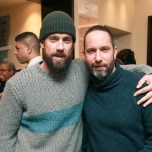 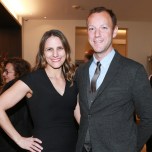 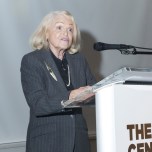 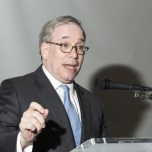 “I feel like I’m on the set of ‘Extreme Makeover: LGBT Center Edition,’” cracked Corey Johnson, a New York City Council member and longtime political activist, during a heartfelt speech on Tuesday night.

“The goal was to make the space more open and welcoming, and we added a café so that people could gather,” said Glennda Testone, the Center’s executive director, of the $9.2 million renovation, which took a year-and-a-half to complete.

To mark the occasion, the center tapped Ian Alteveer, associate curator in the Department of Modern and Contemporary Art at the Metropolitan Museum of Art, to spruce up the walls with an exhibit titled “Once Upon a Time and Now,” which includes works by Keith Haring, Kenny Scharf, David LaChapelle, Nancy Spero, Deborah Kass and Glenn Ligon. “One of the purposes of getting some involvement from contemporary artists was to update some of the creative energy that’s in this space,” Alteveer said.

Emotions ran high in the crowded auditorium as Testone and other speakers took to the stage to express gratitude. “The gay man who’s struggling with HIV and trying to get and stay sober, the young person who is desperate to meet someone like him, the lesbian couple who is hoping to have a baby, the trans immigrant woman who just needs a doctor and health insurance, or the LGBT elder who comes here to be with the only family that he has now,” she said. “Those people matter.”