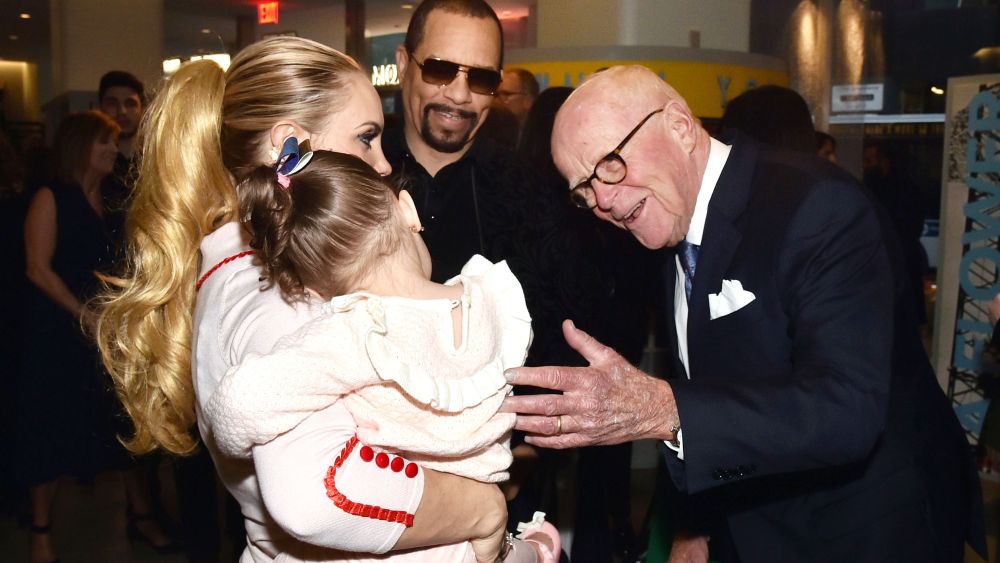 The opening party for the Nordstrom Men’s store in Manhattan was truly a family affair as a large contingent of the clan turned out for the unveiling of the retailer’s first regular-priced store in the city.

“New York is a very interesting place in terms of shopping for men,” Ice-T said. “It’s running around to so many places, parking is bad — so I’m always looking for one place to go.” So far, it seemed that the hip-hop emcee was sold on the premise.

“We live in Edgewater, N.J., so this is a quick hop for me. I jump on the bridge, come down the West Side Highway and right here, West 57th, bam!” he continued with a snap of his fingers. “They’ve got pretty much everything you need — and a bar, so you can take a break.”

Joan Smalls, who has collaborated with the retailer, echoed a similar sentiment. “They have an amazing restaurant called The Grill and sometimes I’ll go there just to eat, not even shop.”

On the other side of the second floor, the Nordstrom family mingled among the merchandise with VIPs including Rashida Jones and Mark Ruffalo, who huddled for a chat with chairman emeritus Bruce Nordstrom.

“I actually thought there was a Nordstrom in New York already — I can’t believe there isn’t,” said Jones, who has her own family connections to the retailer’s hometown of Seattle. “The patriarch here [Bruce Nordstrom] was telling me that they’ve been wanting to open a store in New York since he was 30,” she added. “It’s just a hard place to open a store, but I feel because now retail is so much people shopping online, I do feel like there’s going to be a little bit of a turn back toward being able to go somewhere and touch things and try things on, and have things merchandised for you. I always prefer that over being online.”

Ruffalo, who recently returned from Mexico City where he was doing promotion for the upcoming “Avengers: Infinity War” (during which 22 minutes of the film was screened), noted that his Nordstrom connection hits particularly close to home — his mother worked at a Nordstrom store in San Diego for eight years.

“I talked to her today, she’s like, ‘Oh my god, you’ve really come full circle now, baby,'” the actor said. “I used to go meet her there all the time and have lunch with her and go shopping there. I wish she was here, actually. Everything I got from my mom was from Nordstrom: every care package, every birthday present, every Christmas present, every sweet little thing came from my mom from Nordstrom when she was there. You can get anything there. My wedding present, everything.”

For the most senior Nordstrom family member, Bruce, the opening of the men’s store, and main store set to open across the street, is the culmination of a many-years-in-the-making aspiration. At the age of 30, he had just become president of the company when he was instructed to go to New York to find a property.

“I took a couple of days looking around with some real estate guys — we couldn’t begin to afford anything that I saw. It’s a whole other planet. So I went back home, tail between my legs, and said to my troops, ‘Well, we’re going to make our representation in other places. We just can’t afford it.’ So here it is,” Bruce said. “It wasn’t cheap, and isn’t cheap. So we have to do a lot of business, and we got to make a lot of people happy, and we have to have people say, ‘That’s a great place to go,’ and have a reputation.”

He was visibly moved by the opening night spectacle.

“More than exciting, I got to tell you, inside it’s more than that, mainly — this is really corny — it’s my family. Those three guys — Erik, Blake, Pete — they’re the guys, they run this business, and they have now for some time. I couldn’t be more proud of what they’re doing, I couldn’t be. It really is true,” he said.